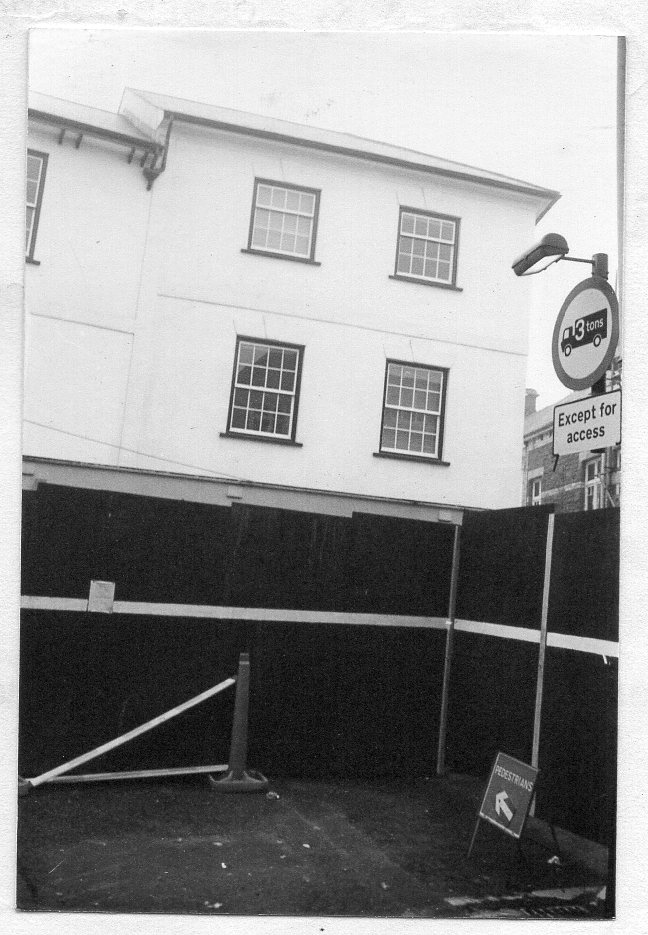 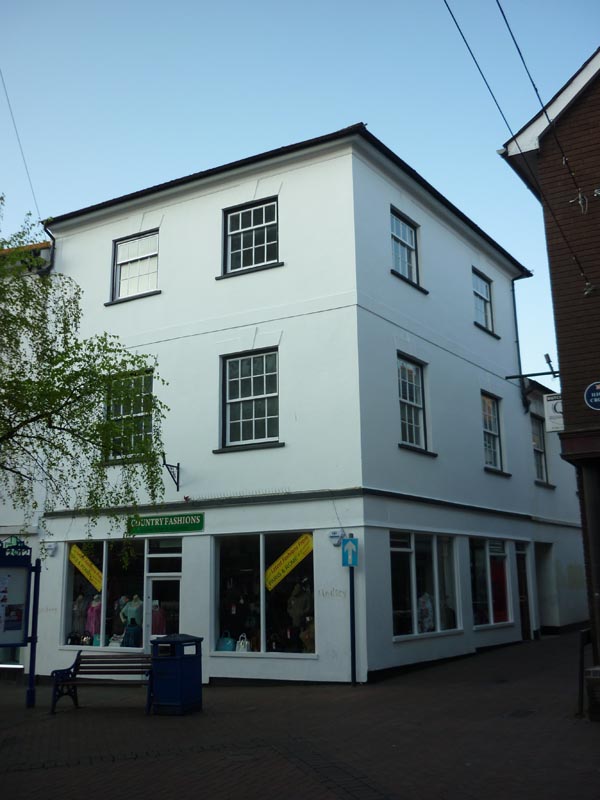 1979/80 was rebuilt, restoring original 18th century frontage features but without the chimney stacks

Was certainly a flannel factory . Part of a loom was left as part of the roof structure and seen by Gwyn Jones, before being demolished.   The street level is raised on this cross-roads . The original street level became the basement (cellar) and oak panelling and windows were still in situ (Alfred Jackson)

Alfred Jackson said there were probably 12th century foundation. There was a Tudor fireplace, oak stairs, old beams and rubble chimneys.     Bill heads in the Museum show the shop in 1861 and 1906.  In 1861, the roof is shown hipped.

Building joined with no. 2 Cross Street since 1920

From 23 February 2018  : Grape Tree Health Foods.  A Company which opened its 100th store in October 2017, owned by Nick Shutts, based in Kingswinford in the West Midlands

6 January 2018 : Tiger closed after less than 2 years.  “Lack of footfall” quoted as reason

From April 2016 : Tiger is a Danish company, formed in Copenhagen in 1995 and now has branches world-wide; selling cheap small toys, household products and various similar

Clothing shop trading as Country Fashions, open from some time in 2015 and closed beginning January 2016

From 1980 until ??   occupied/owned by Bernard Thorpe & Co, Estate Agents, later changed to Haarts Estate Agency.   In 1980, the Welsh Development Agency had an office on the upper floors

Adverts in Abergavenny Chronicle : in 1942 Alfred Jackson & Son Ltd advertised a “soot destroyer”.      In 1954, F H Burgess were Aga suppliers and over the years advertised agricultural machinery, having stands at the Abergavenny Show etc.  By 1970, they were selling china, glass, cutlery etc.