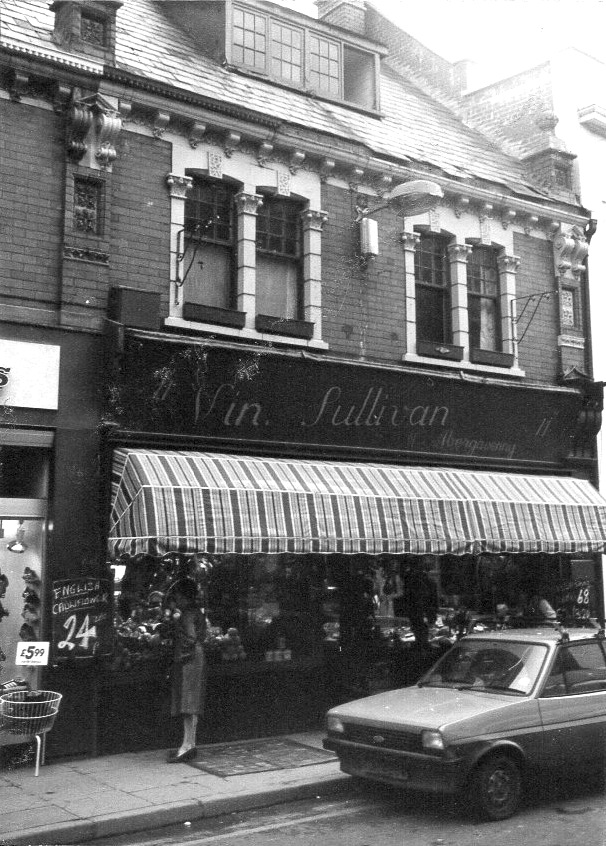 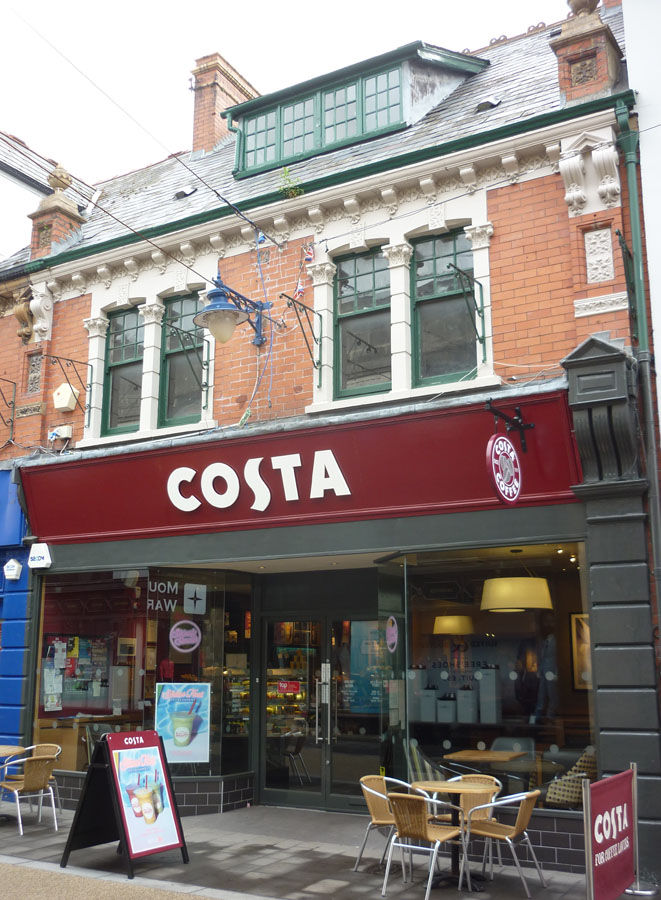 Circa 1905.  Previous building said to have been stables for the house next door, owned by the iron masters Hill, Hopkins & Co (now the National Westminster Bank).   Present premises purpose-built for grocers or commercial use with a hoist at the back for lifting heavy bags to store in the loft, with very close joists for heavy load-bearing.   Brick, with much carefully detailed terracotta work

Prior to Costa, this was Stead & Simpson, shoe shop  (exact dates uncertain)

Vin Sullivan & Son Ltd : (from 1960 to ?exact date uncertain but adverts in Abergavenny Chronicle seen up to 1982)

The building was owned at that time by Foster Estate, formerly Fosters, Hill (who were builders of Fosterville Crescent).   Sullivans  was a specialist greengrocers/fish/deli.   (A local landmark and much missed when it closed (became a wholesalers, still in existence)

Am not sure how the above correlates with list of previous occupiers, there is no further information as to where this information came from

From a newspaper cutting, circa 1906, now in the  Gwent Record Office “In making some excavations in the shop of Mr George Green, in High Street (where Bell’s Stores now stand), the workmen discovered a great quantity of human bones and where the main sewer was cut along High Street, human bones were found at a depth of a few feet….” 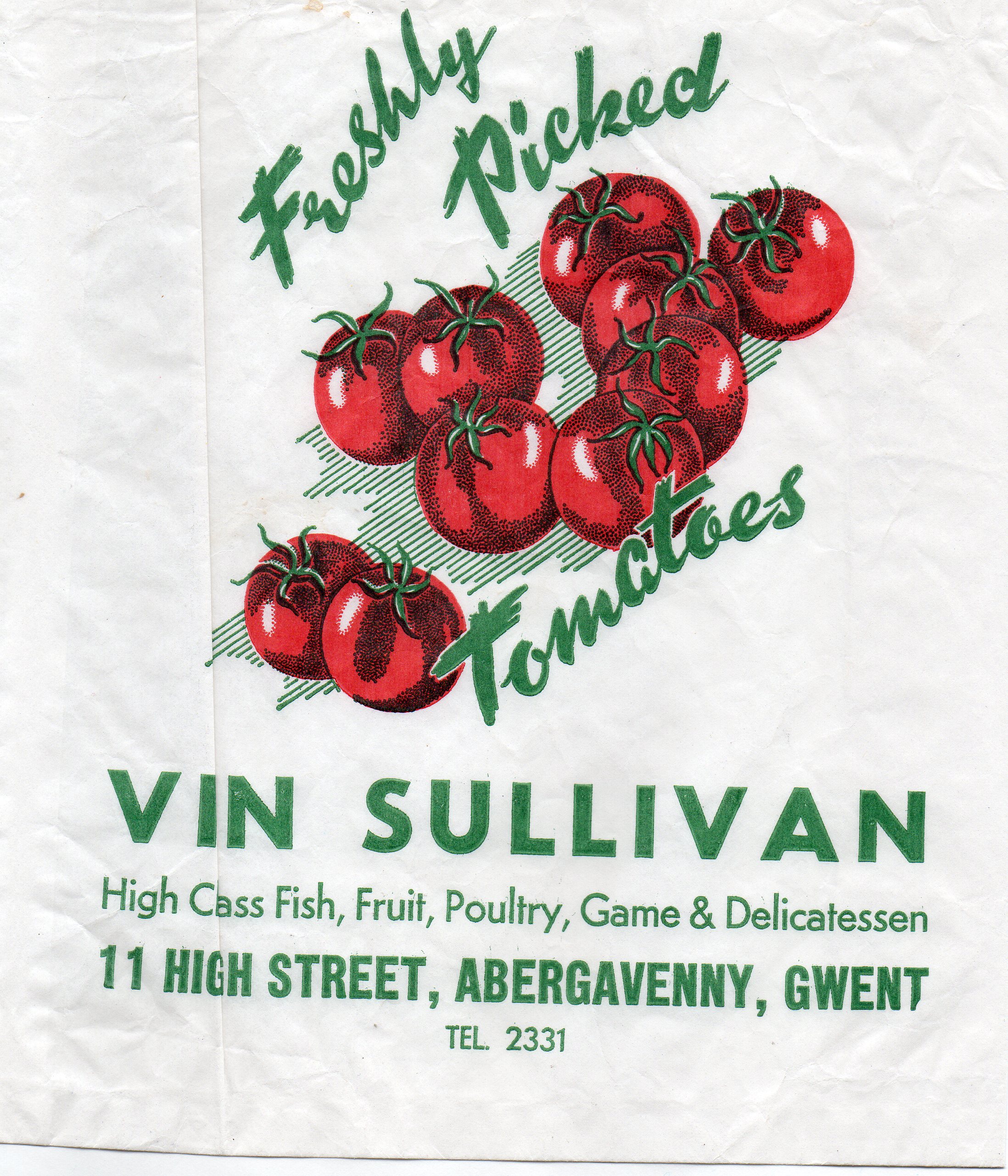