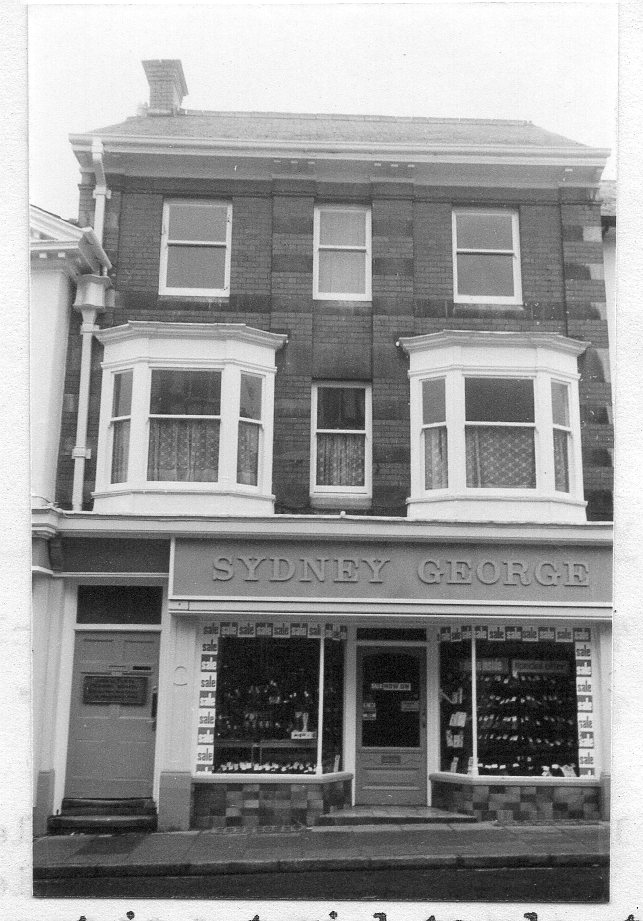 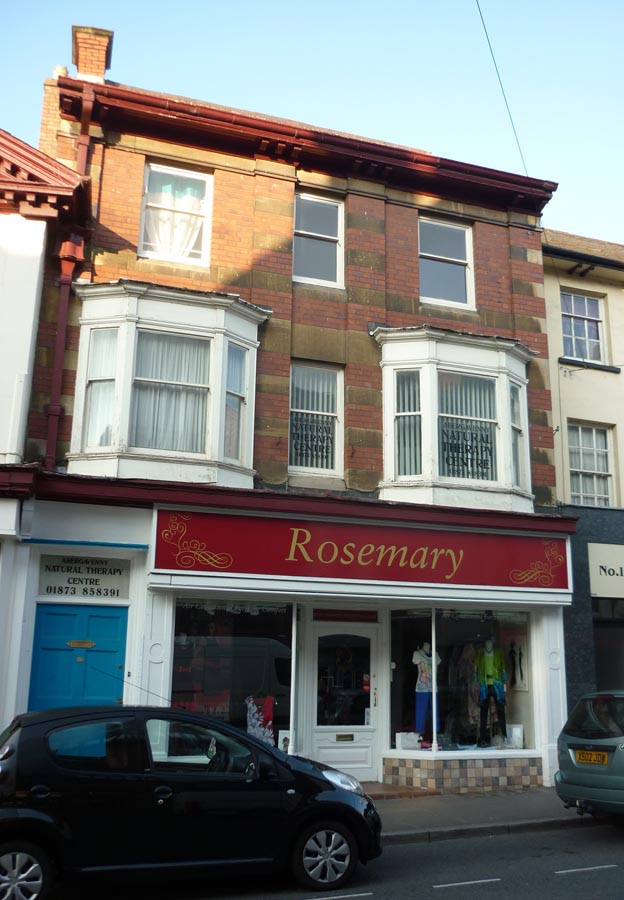 By 1969  adverts for nos. 12,13 and 14 : Sydney George, looking for sales assistants in lingerie and corsetry departments.  Sydney George advertise constantly up to the early 2000s

In 1926 : as well as George H Davies, Architect, was also occupied by Pearl  Assurance, Thomas Price

In 1921 : as well as Jasper & Goatman, Grocers, was also occupied by J Marsh & Son, Coal Merchants (who were also at GWR, Station Road)

In 1910 : the premises were occupied by four people : Francis, Hansard, Jasper & Goatman.     J Marsh & Son were coal, lime, salt, English timber merchants.   Hansards were in Castle Street by 1914 and Mineral Water moved to the corner of Regent Street

Source for all of the above : Abergavenny Local History Society Survey 1980.   There is also a query as to whether William Watkins (occupied the premises roughly from 1850s to 1870s) was the same William Watkins who ran the “Golden Fleece” (1859)

This section selling shoes as part of the Sidney George Department Store at nos.12/13/14 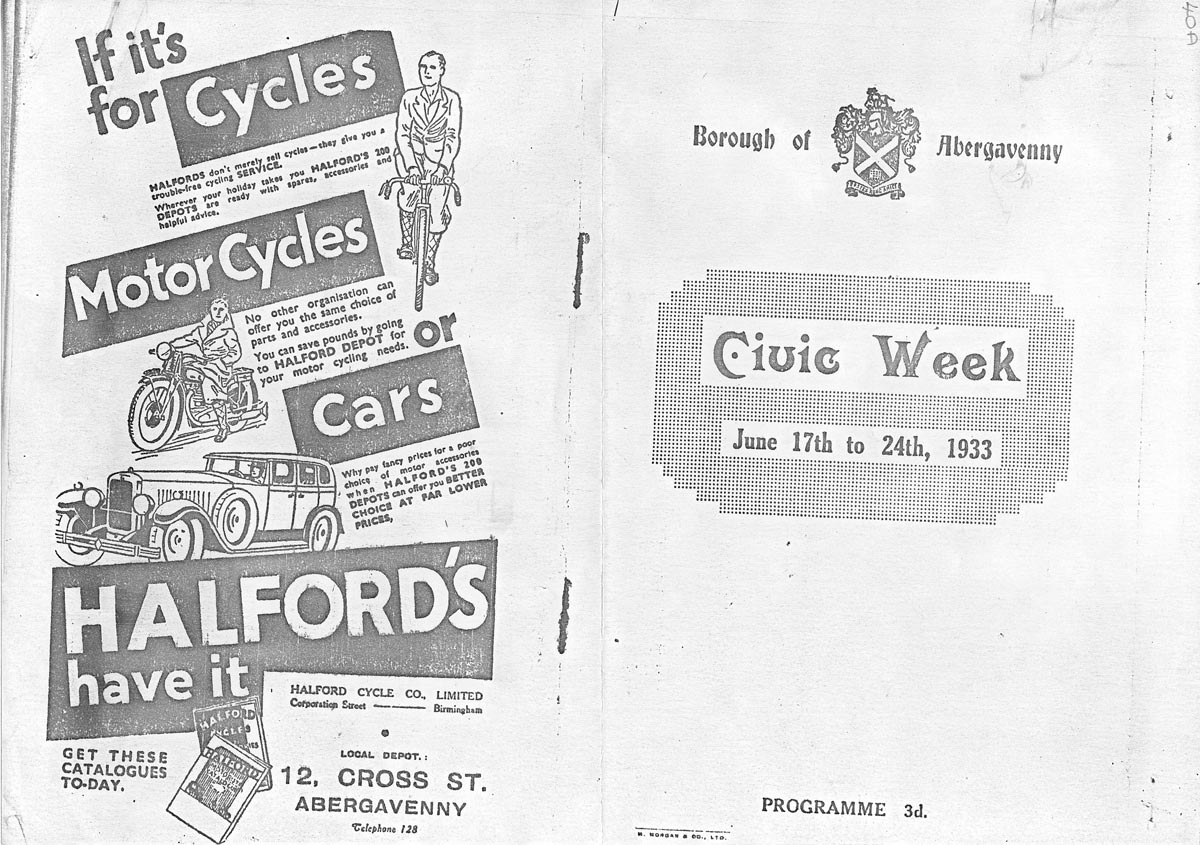