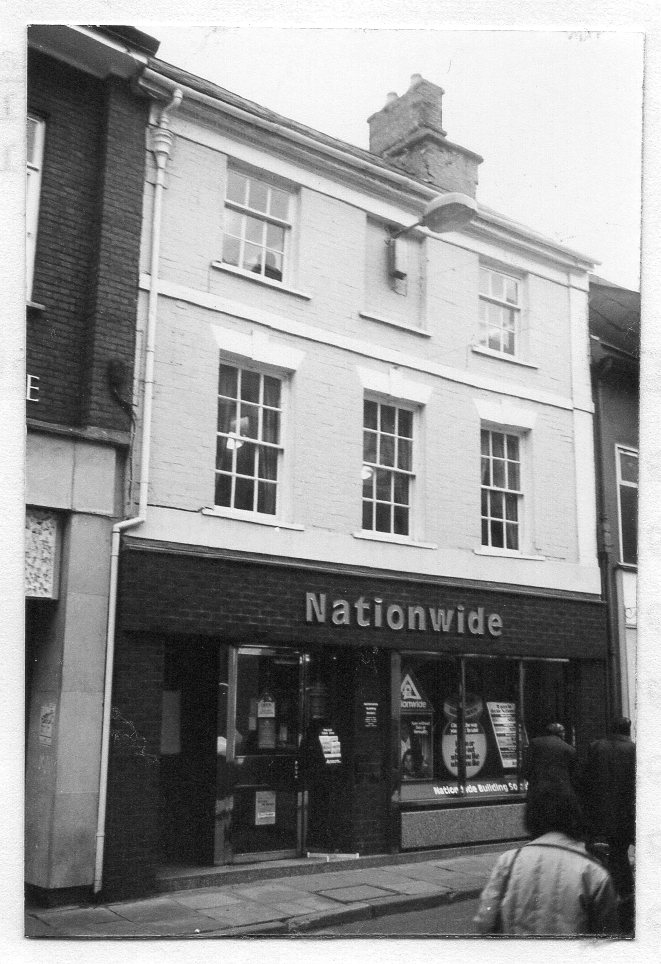 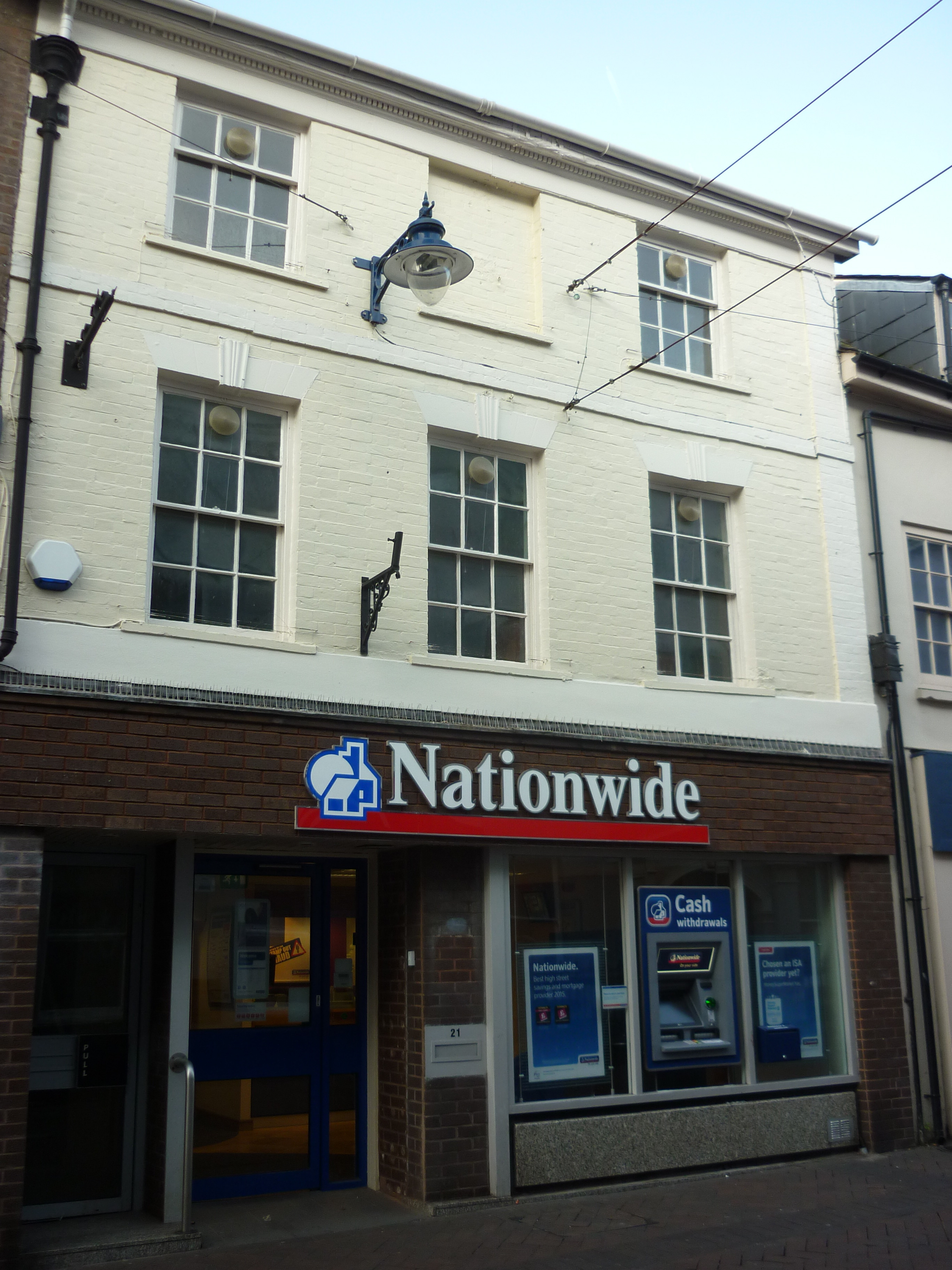 Modern elevation to High Street but the rear is built of stone and may well be medieval.  At the rear of the property were said to be the kitchens of St John’s school 1542 to end of 19th century.   A small red sandstone archway can still be seen at the back of no.21 leading to the lane between High Street and St John’s Church (St John’s Lane was cobbled until 1979 – probably the last cobbled street in the town).

Oldest piece of lead downpipe still in use in town (made on a plumber’s bench) on the south side of the building.

19th century and earlier shop premises of two storeys with a modern elevation to the High Street. This building is listed very largely because of its rear section which is built in stone and could well be of medieval origin.  One casement window on each floor, one door on the left and a blocked doorway also.  Slate roof