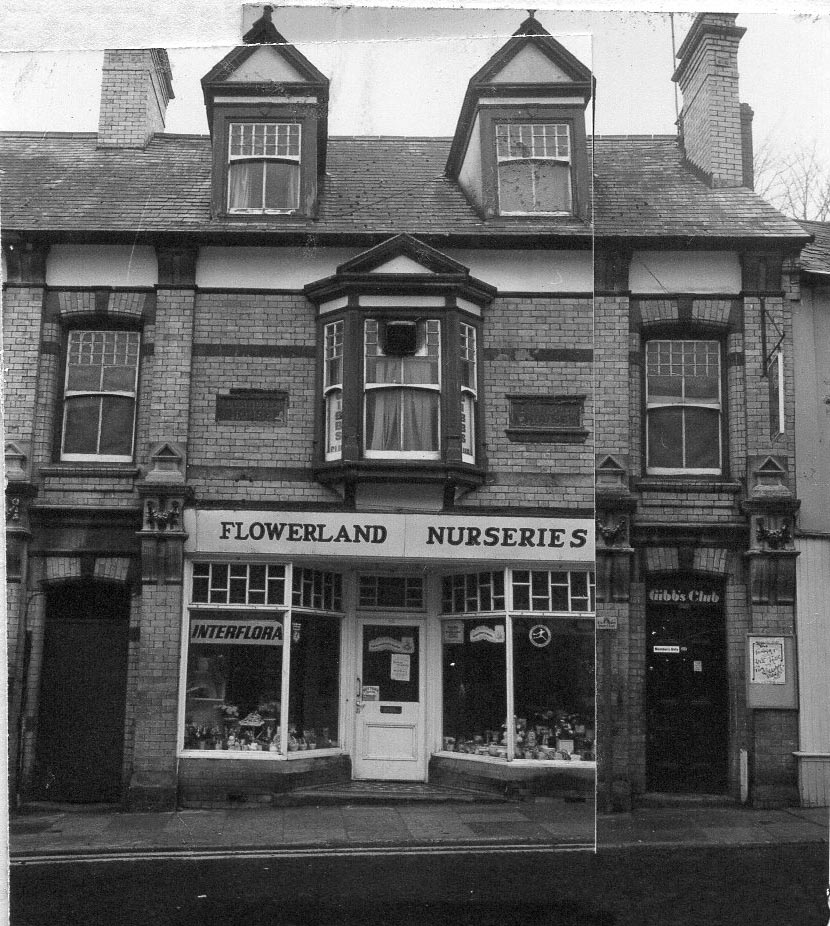 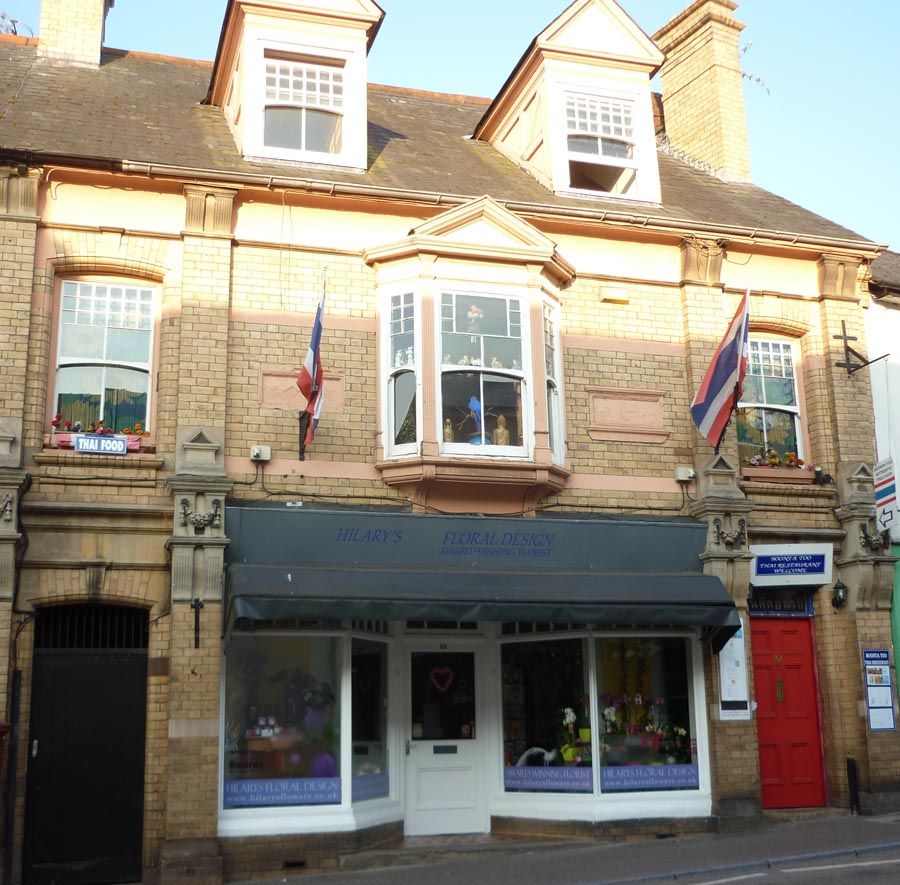 Information from original Abergavenny Local History Survey 1980:  This property, along with nos 2 and 23a was probably rebuilt between 1895-1899.  On the 1834 map, a deep court of of workshops or worker’s cottages belonging to Mr Yarnold, is shown just below this site.   Before that, it was the site of the Cross Street gate, spanning the road to the (then) Sun Inn.  In 1795, the gate was removed as it caused an obstruction to traffic.  John Arnold, who lived in a cottage just below this site, was reprimanded for leaving rubbish – the remains of the old gate and part of his house – on the roadway (source : Minutes of the Improvement Commission 1795)

On the 1881 map, the old houses here are shown continuing the line of 20 and 21, thus making the road very narrow at the site of the gate.  The right-hand wall is at right-angles to the old building line, not the present site.

approx Aug or Sept 2020 : Hilary’s has left this shop and moved to an address in Mardy.  End of an era – this property appears to have been occupied by florists for over 50 years

From 2006 – occupied by Hilary’s Floral Design

From 1968 – occupied by Mr Thomas, Florist & Garden Centre.   At this time, RAAFA club was upstairs

From Abergavenny Local History Society Survey 1980:   Was a cycle shop from 1947 (Perks), after which the building was empty.   Until 1947, the property was occupied by a corn merchant (Wibberley)

Some coins, possibly Roman, and a medallion, were found in the garden

In 1910, Miss Mary Franklyn Harris took over this shop, having moved from no.23 Cross Street in that year

Advert : 1982 : “transfer of ownership and name change from Flowerland Nurseries to Four Seasons. All subsequent adverts in this new name.   By 2006, known as “Hilary’s Four Seasons”

Advert in Abergavenny Chronicle : 1967  for “Flowerland”, still advertising as this in 1981

Advert in Abergavenny Chronicle : 1959 “Wibberley’s – The Gardener’s Shop of Abergavenny”