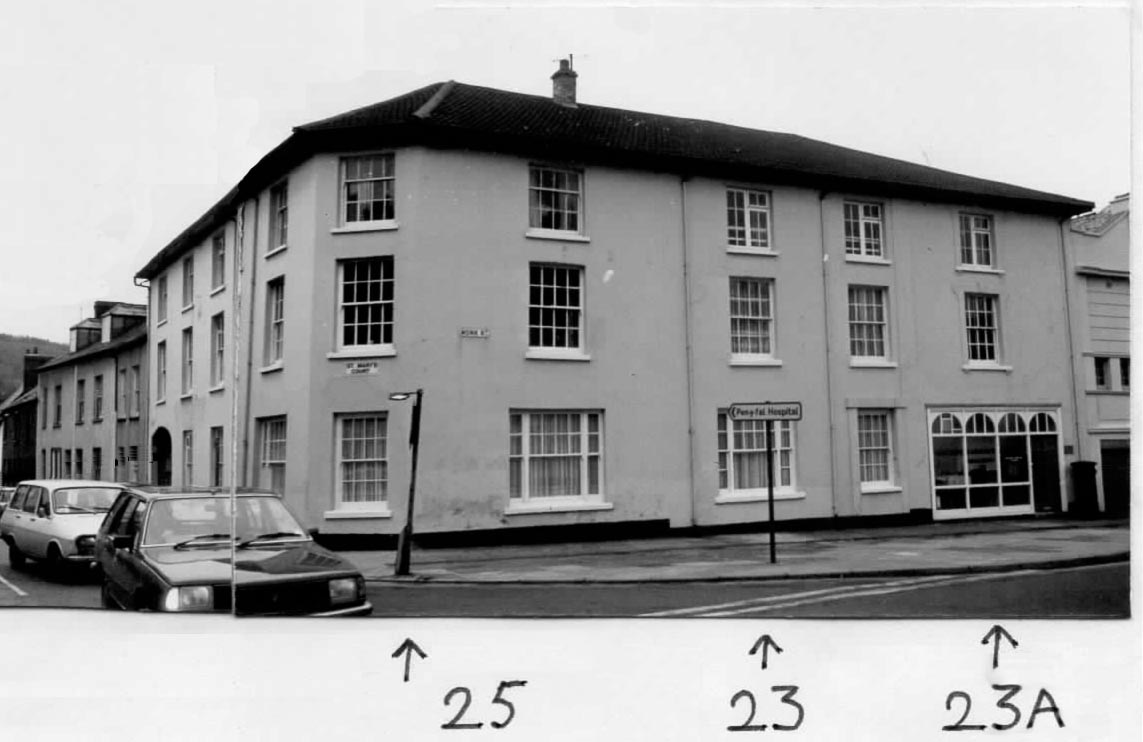 No 23 was the “London Apprentice” Public House. 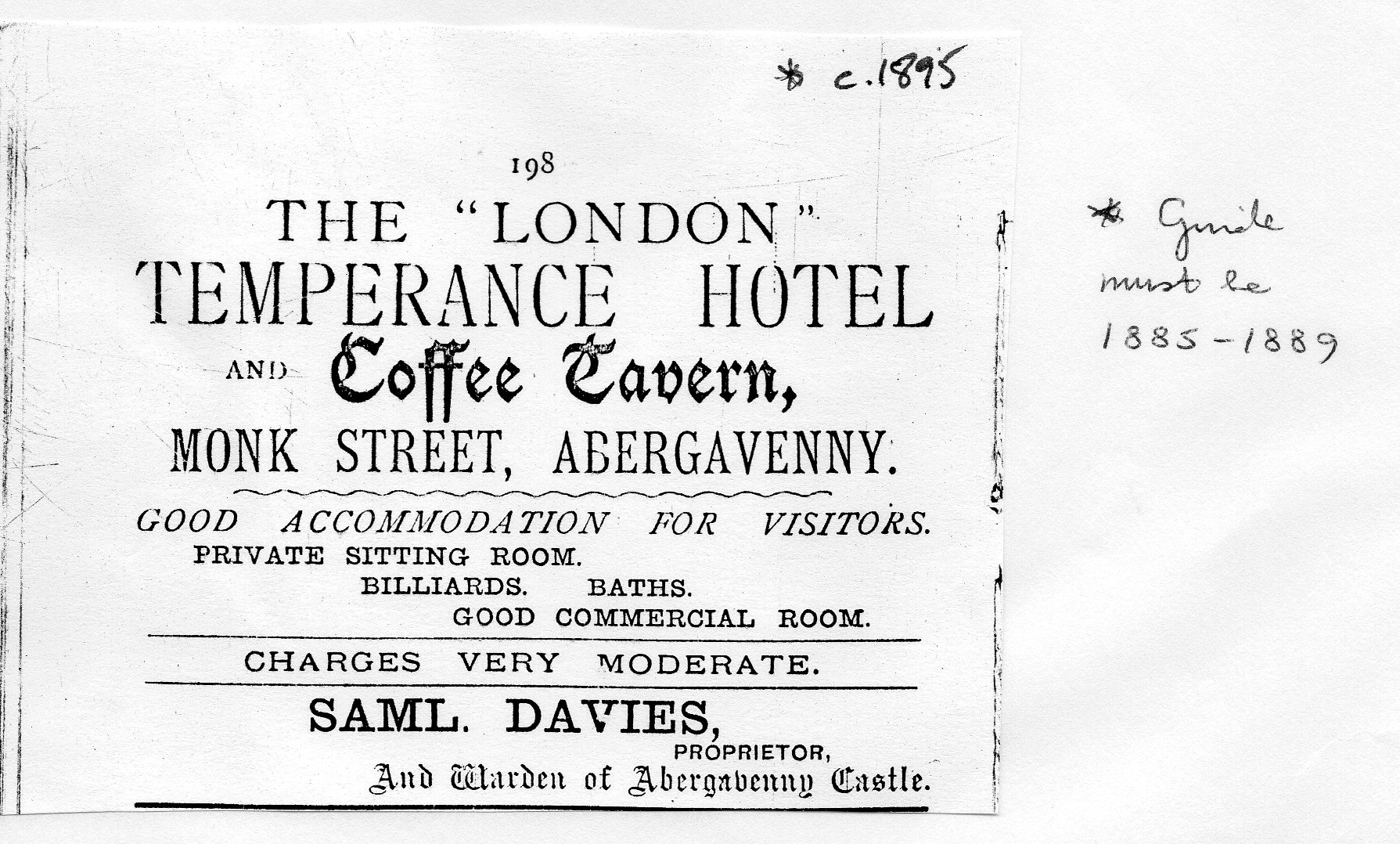 The first recorded publican was Mr Herbert in 1787, followed by Mary Herbert in 1791. In 1808, the Society of Tradesmen & Gentlemen Farmers met here.Bull-baiting took place on the crossroads outside the pub – but around 1817, the magistrates court was held in the pub.

Aldertons Bakery was accessed through the arch in Lower Monk Street.

First known as The London hotel

From Mr Ernest Jackson: In October 1900, the National Telephone Company in Abergavenny secured the shop and premises in Monk street previously occupied by Watkins & Co, painters, as a public telephone call office. Subsequently an Exchange was opened here. In September 1900, the Telephone Company were putting up poles in Pen-y-Pound and Father Wray objected very strongly. Both the Post Office and the National Telephone company were erecting poles in Hereford Road in 1903.

In March 1901, the National Telephone Company had undertaken to place telephones free of charge at the two cab ranks, but this did not happen, or was unsatisfactory, as in May 1903, the Abergavenny Chamber of Trade asked the Post Office to connect the cab stands and asked the traders to use the Post Office system.

In July 1901, the Fire Brigade were summoned by the primitive method of sending a police constable to the home of each member of the Brigade.The Chronicle commented that “Telephonic communication would not cost a great deal”.In April 1902, the Post Office authorities undertook to provide and maintain a fire alarm system connecting the Police Station and the Captain of the Fire Brigade and firemen.

In 1911, the National Telephone Company was taken over by the Post Office. 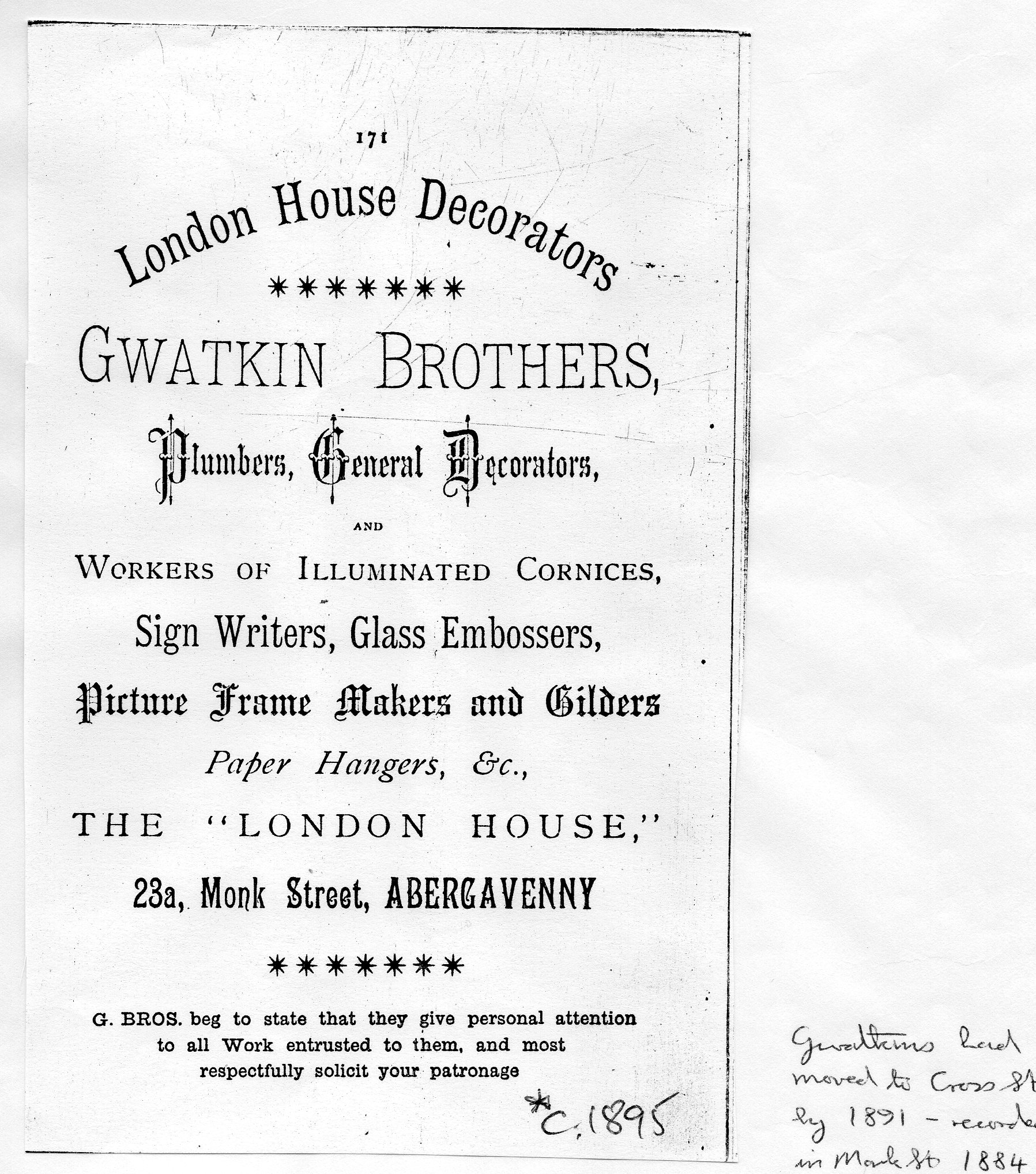