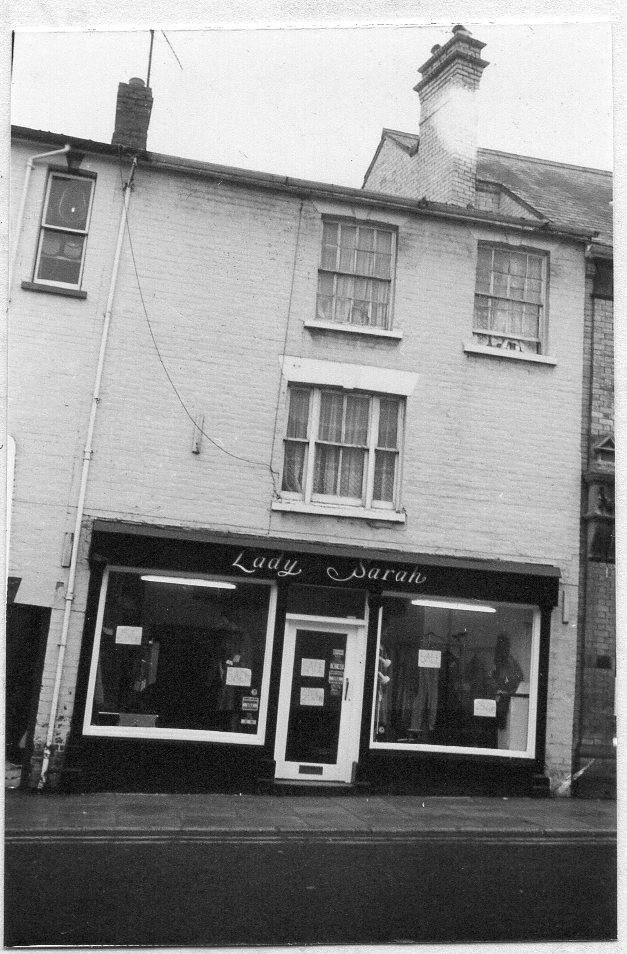 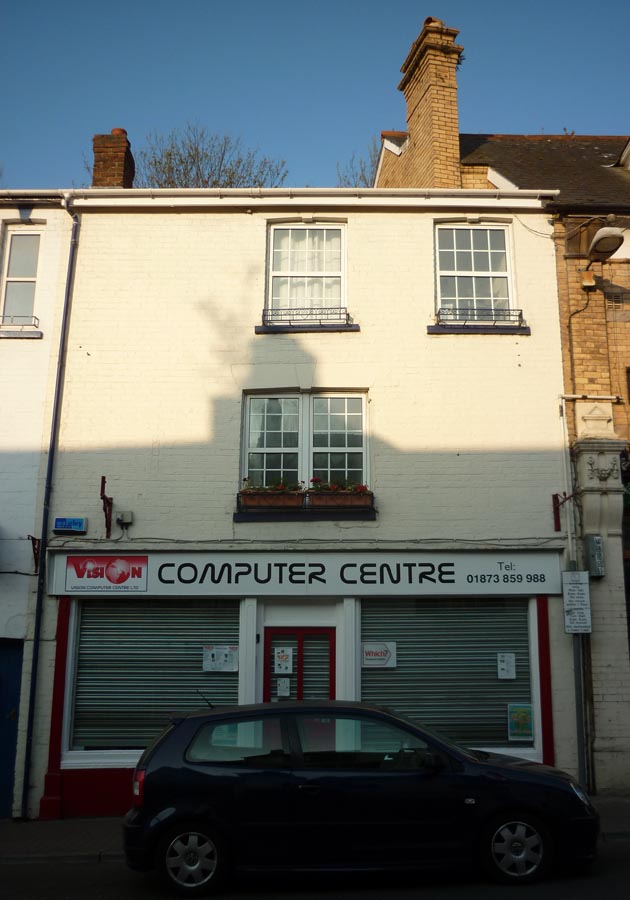 Brick-built, this would be the first house in the old Mill Street.  The previous houses above here (nos 22-23A) continued the line of 20 and 21, and made the road very narrow at the site of the gate.  This house would appear well est back, but the north wall is at right-angles t the old line of the houses to the right, up to the 1890s  (source : B.M.Pullan)

Prior to computer shop, known as “Route Clothing” (Menswear)