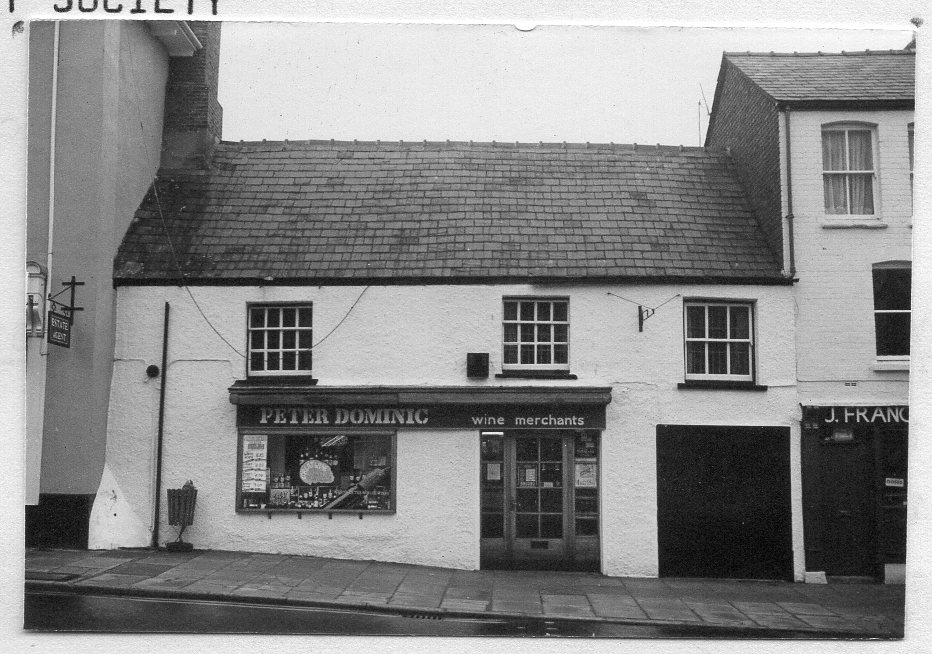 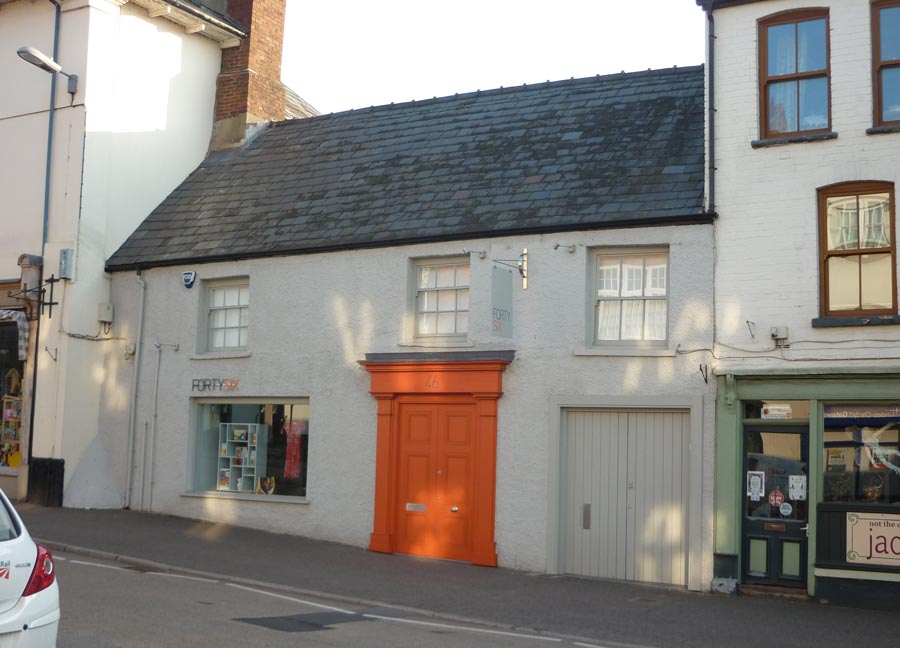 1891 : had stabling for 40 horses and ample accommodation for visitors (source : Kelly Directory)

In the 1947 Rate Book, the tenements 1,2 and 3 Priory Walk are listed with this property

Oct 2017 : had been a shop selling “vaping” (e-cigarette) products, but now appears closed and empty (still empty and to let Aug 2018)

Approx Sept 2016, the window was being used as display for Five-ways.net ? art co-operative.

From ?2012 – mid 2016 : (known as)  No. 46 – contemporary gifts, clothes. Closed, along with Fable next door when combined with scaffolding erected on the former Great George pub

John Powell, formerly of the Blorenge Inn on the Monmouth Road, took out a 7yr lease on the premises from the then owner & innkeeper, William Cupid Warr, for an annual rent of £35 ‘except the Butcher’s Shop adjoining on the south side…. and the bedrooms over the same’ By that time, it was known simply as the Wellington Inn (source : Abergavenny Pubs Frank Olding)

“Probably C17 in origin, altered in the early C19 and with a late C19 and late C20 shopfront.  For a period, it was the Duke of Wellington Inn which closed in 1947 (or possibly 1923).  It is recorded as having stabling for 40 horses in 1891.  A photograph of 1934 shows the present deep fascia but the window and door shown below have been altered since.”

“This building has a rendered and painted front with a natural slate roof and red brick stack.   Double depth range paralle with the street.  Two storey, three bays.  The ground floor has a modern plate glass window to the left and a glazed door with sidelights to the centre.  These replaced the previous public house front at some time between closure in 1947 and listing in 1974, but the fascia which covers both is part of the previous frontage.    Plank carriage door to right for access to the yard behind . The windows above are unevenly spaced, two 3 over 6 pane sashees plus one 3 over 3 pane to right.  Wrought iron projecting sign bracket (not shown in photograph).   Plain steeply pitched roof with tall brick stack to left gable.  This was heightened when the adjoining house was built.  Rear elevation has later additions”.   (Source CADW listings database) S Garfi 25/10/06