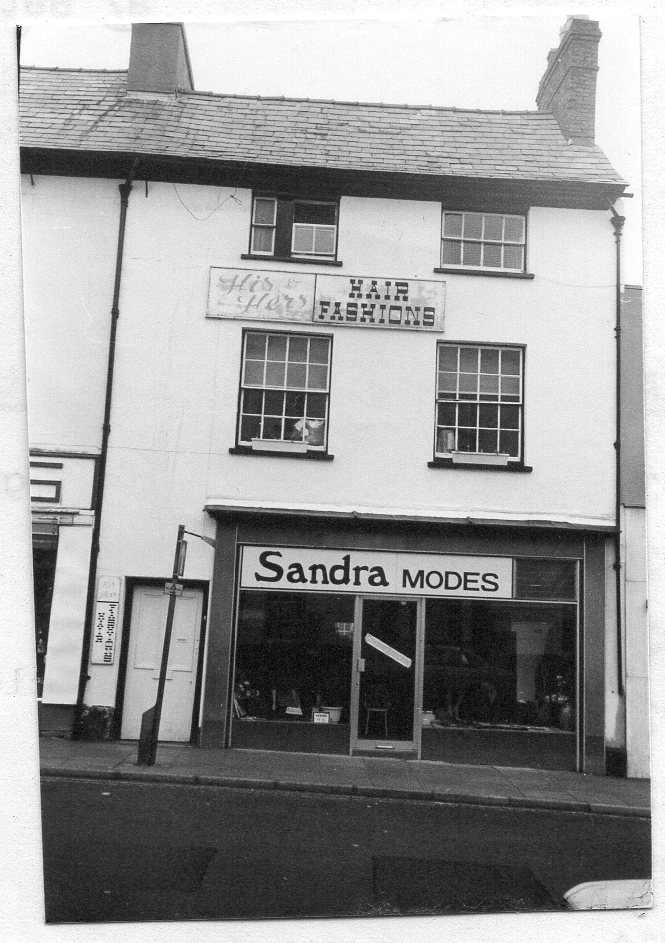 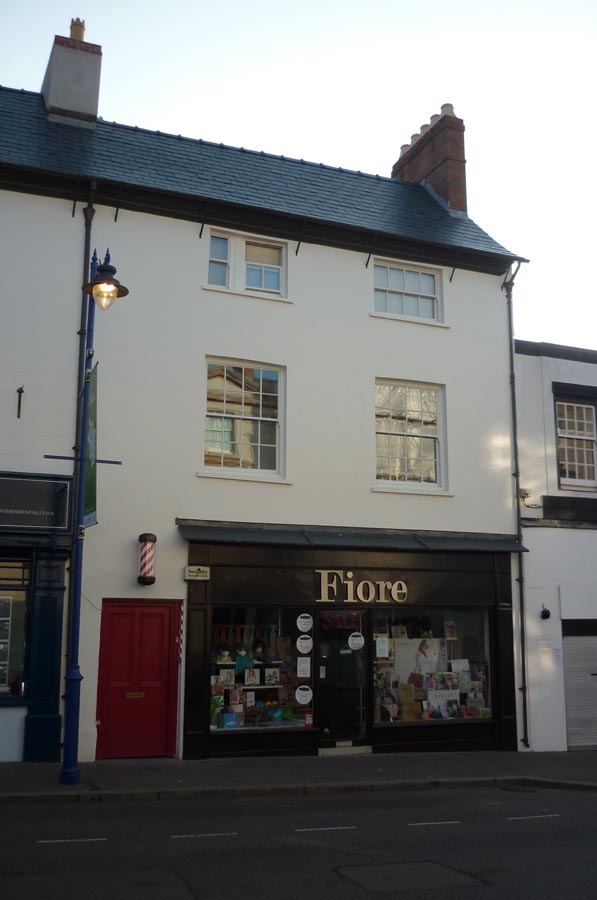 Chimneys are round and go straight up.   Whole tree beams support the first floor. 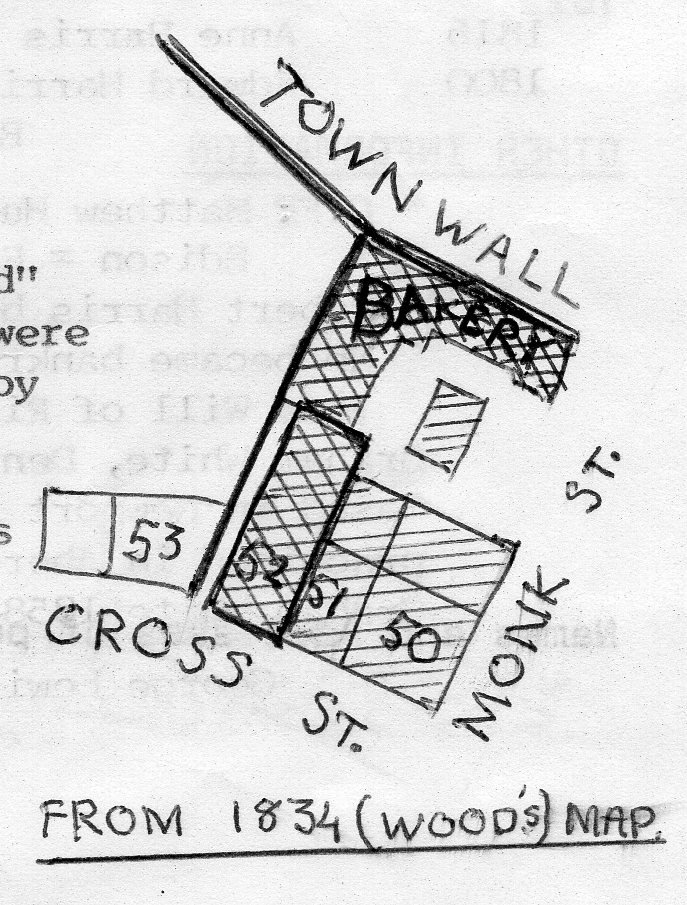 2007 – 2021 Fiore   Handbags, purses, wallets  had closing down sale;  did not survive year of lockdowns, also sold Radley brand which had its own trading problems

1984 occupied by Sandra Modes Ladies Fashions with ‘His & Hers’ Hair Fashions over.

Tailor (The Hudsons lived above the shop)

All this area was the “Old George Inn”, later the “Queens Head”, built before 1733 by Roger Yarnold, Plumber.  By 1800, there were many different occupants of the buildings, the Queen’s Head proprietor was Mrs Evans; the Malt House occupied by Evan Evans.

Occupier in 1835 : Robert Harris – became a shopkeeper in Crickhowell (source : bill in museum).  He became bankrupt but the interest on this property paid his debts (source : Will of Richard Williams)

Following included with original 1980 Survey : re Conveyances of 52 Cross Street :

1732 : Charles, 3rd son of John Hanbury relinquished the name Hanbury and took that of Williams

1754 : Their daughter, Frances Hanbury Williams marries the Earl of Essex

1770 : On his marriage to Elizabeth Johnes of Abergavenny (daughter of Thomas Johnes), John Hanbury Williams (see family tree) decides to sell certain estates in Monmouthshire for the benefit of his younger brothers.   The trustees were Christopher Chambre, Thomas Johnes and Robert Morgan Kinsey.  Certain of these lands were first leased (1771 and 1778) to Richard Williams (skinner) of Abergavenny (with his brothers William Williams (sadler) and Philip Williams (farmer)

1810 : Richard Williams died, leaving the house in Cross Street in trust to let his tenant Edward Harris, his wife Ann and their infant son Robert, to live there until Robert is 21 and then to give him £200.  The property then to be split into three equal parts : 1) to his brother, William Williams;   2) to his sister, Lydia (now Jones, later Rowland);  3) to his sister, Rebecca (now Jones, whose husband was a farmer at Llangorse)

1816 : William Williams died leaving his third to John Trotter, his friend, who married his niece Ann;  to John Jones, his nephew and to Mary Jones, his niece and to John Wilson, cabinet maker of Abergavenny (1/10)  (see family tree) .  On her marriage, Mary sells her part to her brother and sister

1818 : John Trotter and others (the above) sell part to Mr Francis Thomas)

1942 : property in private occupancy, ad by the resident requested wish to share a garden