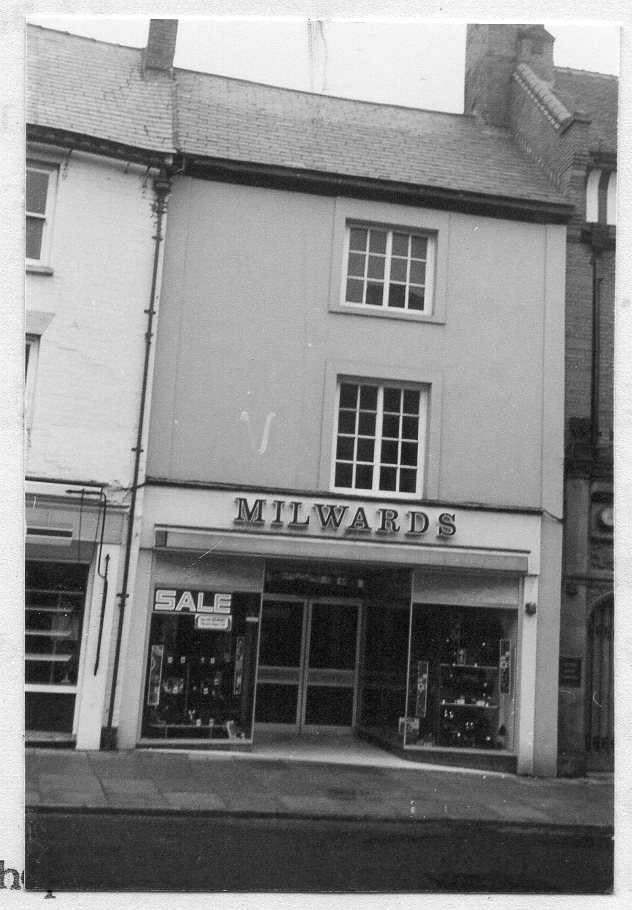 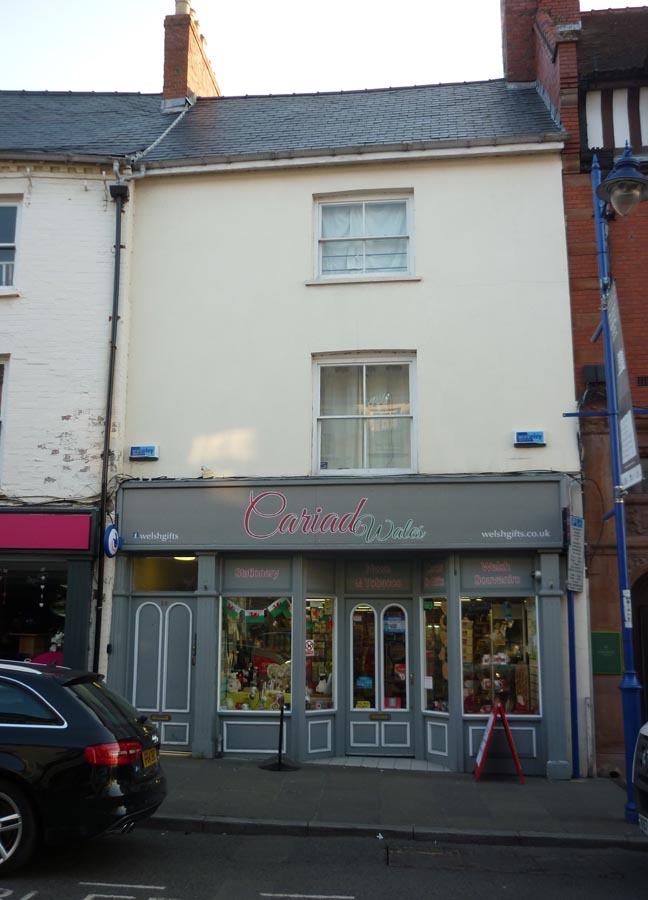 There is a cellar, not in use.  Slate Roof. 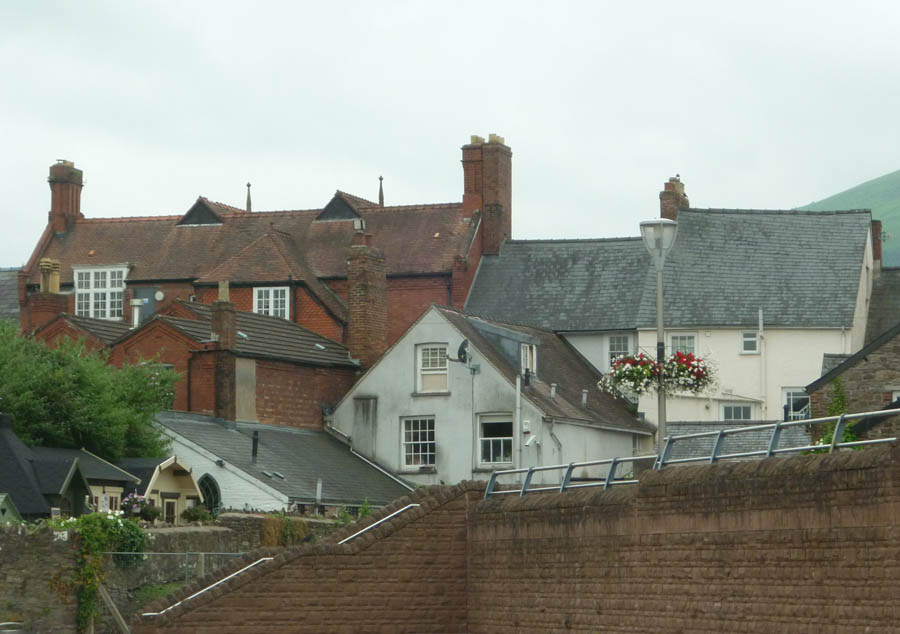 Bootmakers  (? had moved from 22 Cross Street)

In 1818, Williams Williams, miller, was responsible for taking up the old water pipes in Cross Street and Tudor Street and relaying new iron pipes brought from Llanfoist Wharf at three shillings per yard.  (Improvement Commission)

The 1921 Abstract of Title with the Deeds traces the freehold Title back to July 1832 when the proprety, described as then being in the occupation of himself (i.e. William Williams) and his son-in-law Thomas Daw, Grocer, was specifically devised to his daughter Caroline, the wife of Thomas Daw, and after her death to Thomas Daw himself.  The property stayed in the Daw family until the Conveyance to  Edmund Turner & Co Ltd (the Miss C T A Williams who conveyed the property to the Company appears to have been a niece of Thomas William Daw who died in 1910)

In 1908, the property was leased for a term of 14 years, to Henry Charles and Herbert Brewer Charles and it would appear that their lease may have been acquired by Edmund Turner & Company as, at the time of the 1922 Conveyance, the Company was described as being in occupation of the property.

There are no plans with the Title Deeds as the description of the property throughout is “all that messuage or dwellinghouse and shop situate in Cross Street Abergavenny in the County of Monmouth known as number 56 Cross Street with the stable and other buildings and the garden ground and other Land thereto belonging or occupied therewith”.

Schedule of title deeds and documents relating to freehold premises No.56 Cross Street Abergavenny in the County of Monmouth

1908 July 11th : Lease and copy Lease made between Thomas William Daw of the one part and Henry Charles and Herbert Brewer Charles of the other part

1911 January 14th:  Assignment made between Henry Charles and Herbert Brewer Charles of the one part and Joseph Hoxton of the other part

1922 February 27th: Conveyance made between Catherine Theresa Annette Williams of the one part and Edmund Turner & Company Limited of the other part

1929 July 11th: Assignment and Release made between Trevor Straker Bowes and Eveline Queenie Prosser Bowes of the one part and Edmund Turner & Company Ltd of the other part

Early C19 building, first recorded in 1811.  Smooth rendered and painted front with a natural slate roof.  Double depth plan with entry on the left.  Three storeys, one window.  The ground floor has a recessed central entry shopfront with panelled stall-riser and plate glass display windows.  Two vertical panel house door with transom light to left, deep fascia over the whole width.  The first floor window has had its cill raised, 2 over 2 pane sash;  similar saller one in the floor above;  a photograph of c1900 suggests that both windows had keyed heads at that time.  Moderate pitch plain roof with red brick stack on right gable”   (Source : Cadw Listings database) S Garfi 17/11/06