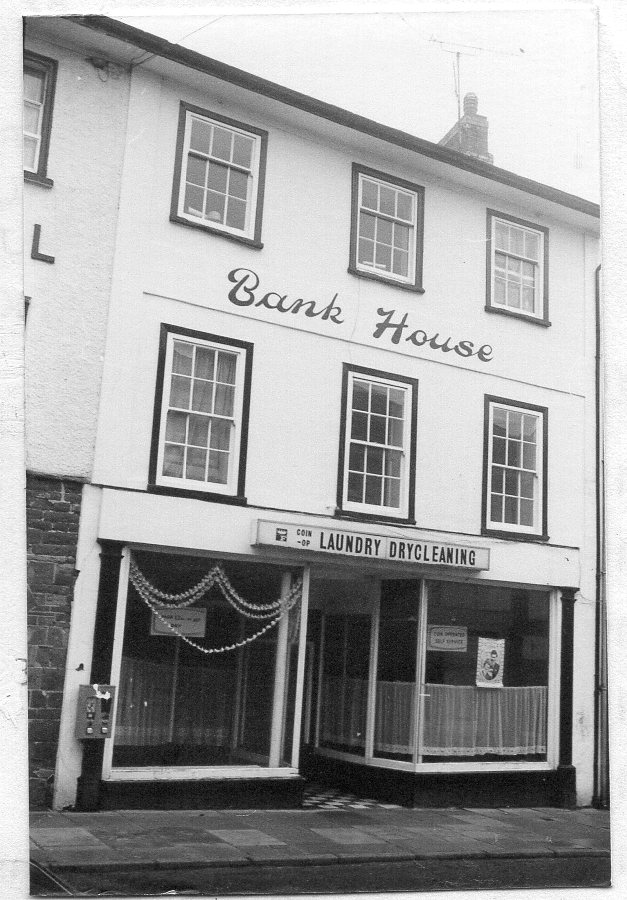 Building early 19th century.  In 1980, the inscription “Thomas & Sons” could still be seen on the side of the house.

Slate roof.   Before 1928, the living accommodation was 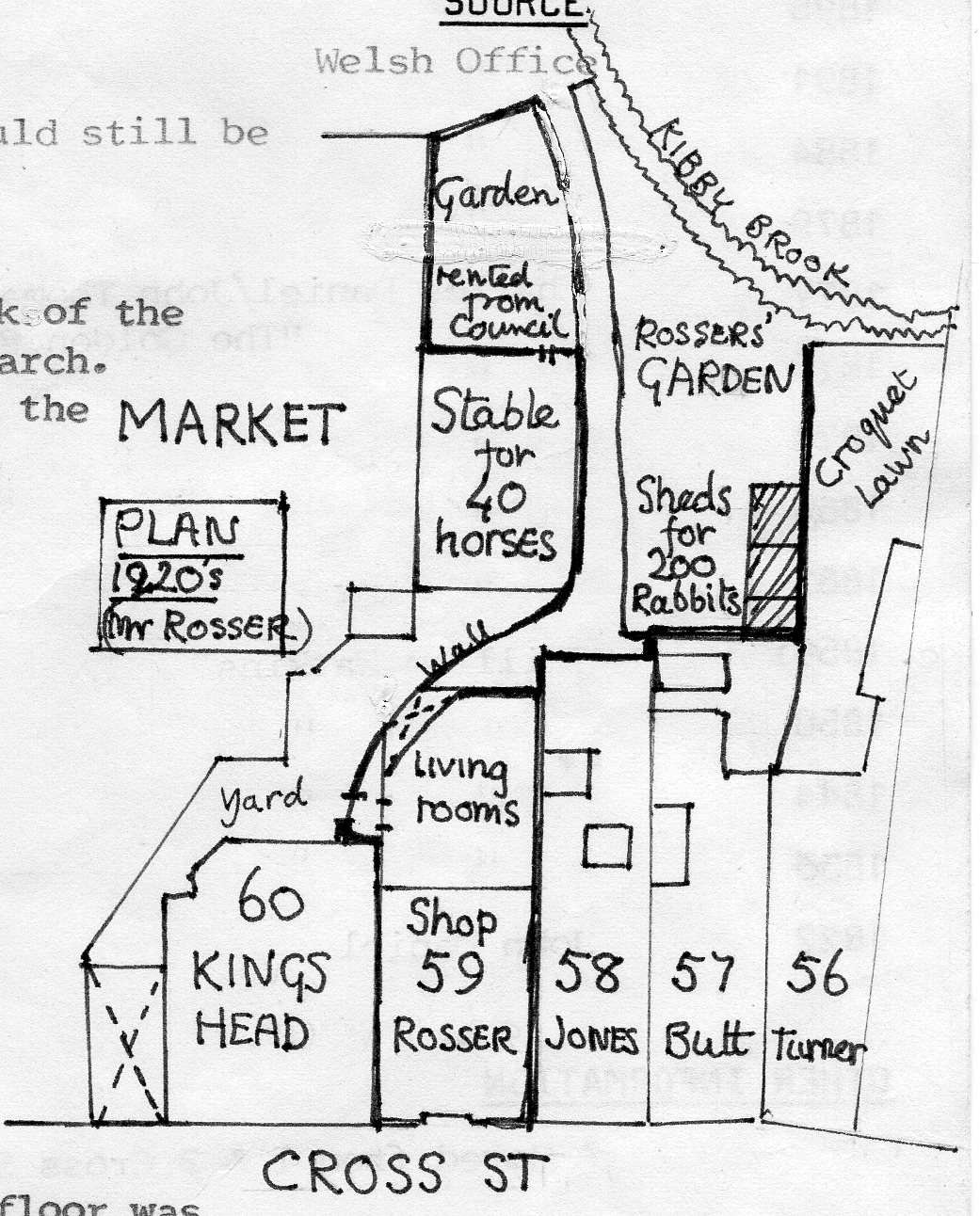 at the back of the shop, with a right of way through the Kings Head arch . After 1928, when the made-in-house trade declined, the family moved on to the first floor. At one time, a bedroom in the Kings Head was taken in exchange for their use of part of no.59’s cellars (source : William Rosser, son of W J Rosser, who lived there as a child)

Until January 2016, property was a restaurant known as Venue 59 and run in conjunction with the King’s Head Hotel next door at no.60.

In January 2016, Venue 59 “closed for refurbishment” and then re-opened as Regency Indian restaurant, plus all day menu, breakfast, coffees etc during the day.   (Not known whether still owned by King’s Head Hotel)

In 1981 the building was empty.  It had previously been a laundrette from the 1970s, prior to which it was known as Jones & Co.   Keylocks occupied the property for a short time after Jones closed, but they may not have traded there.

For more images for the Golden fleece click *here*

During the 1920s, and probably before, the first floor was occupied by about 10 women making hats from rabbit skins (about 200 were kept in the garden).  They also made hats and children’s clothes from other materials. This trade had faded out by the end of the 1920s.

About 6 girls served in the shop, but this also declined in the early 1930s (source : Mr Rosser)

In 1884, a ram, seeing a reflection of its companions, jumped through the window of the “Golden Fleece” into a display of millinery and drapery

1991 : ad for Peking Chef Chinese Restaurant   (at some stage – ? year/date – the owners decamped elsewhere, having become bankrupt and the restaurant closed overnight) 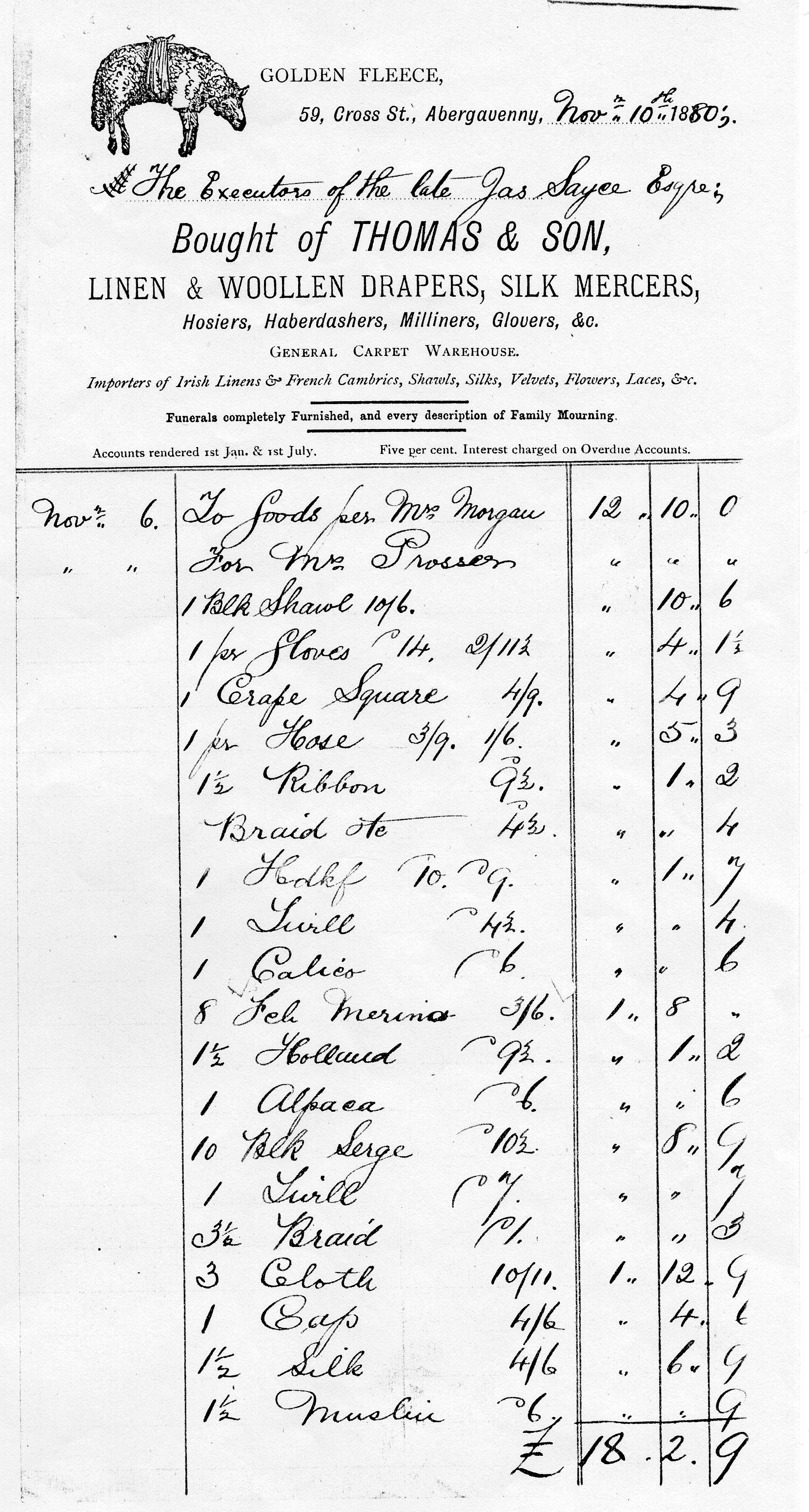