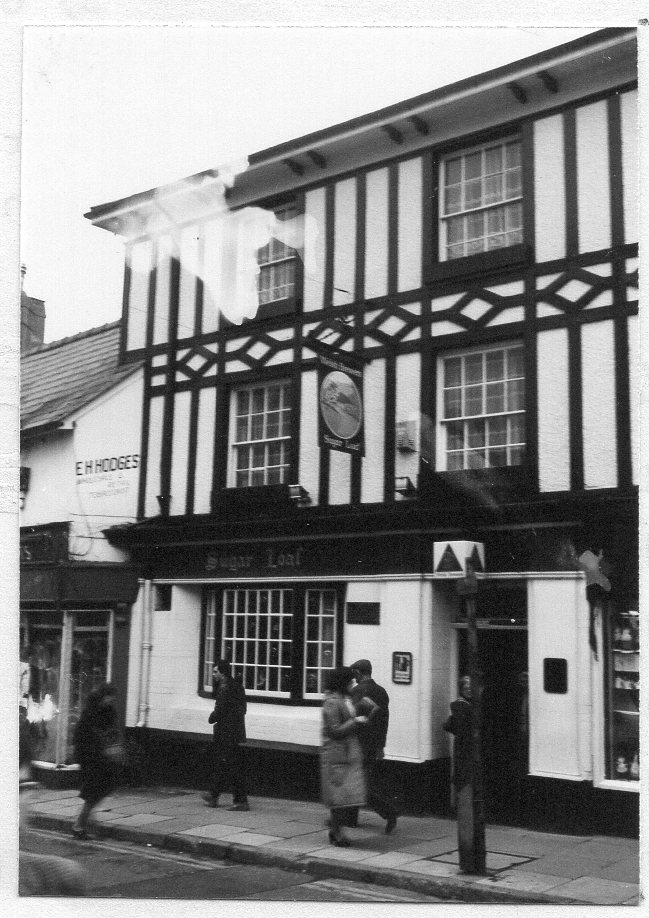 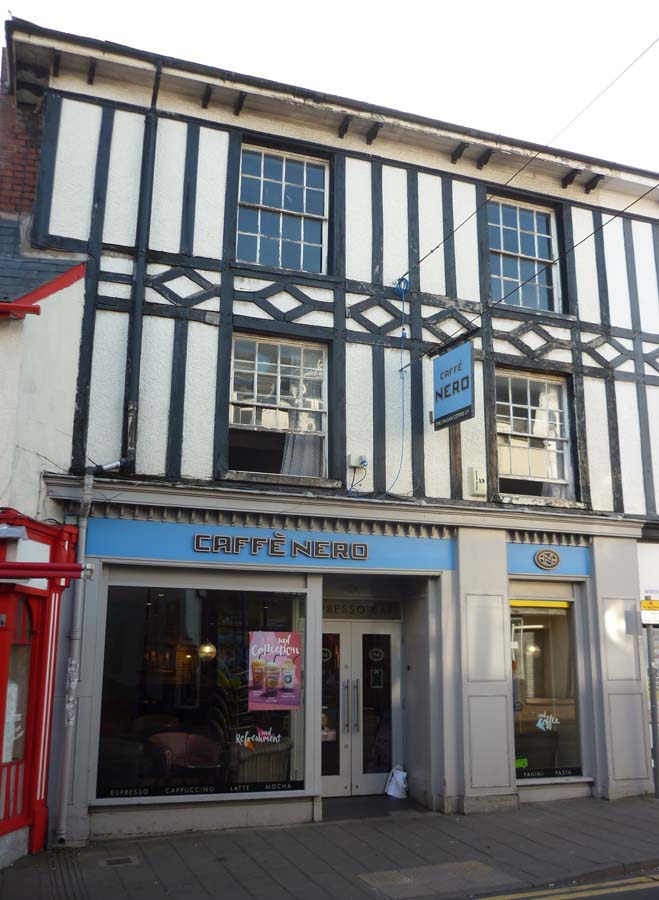 Originally a half-timbered building. The rear with original oak beams, floors, stairways etc was demolished in the 1960s and extensively modernised. This was repeated in the 1970s to include modernisation of the front interior. The present half-timbering is ersatz, but a nicely proportioned building (L Hurley)

There was a large cellar with tunnels? bricked up for safety.

Large cobbled yard at rear where horse sales were held.

Prior to 1979, it was the Golden Lion and gave its name to Lion Street

Prop: William Crump (on the jury of the William Frost Trial)

In 1873 the land at the back was known as the Old Fish Pond or Piscodlin Field.(Gabb Collection)

1840: The Golden Lion was mentioned in the Cambrian Travel Guide as being one of the four principal inns. Coaches were sent daily to meet the packet boat from Bristol – Newport.

1687: David Lewis (alias Charles Baker) was arrested at Llantarnum and conducted by six armed men to the Golden Lion Hotel where he was examined by John Arnold and later committed to death for conducting Roman Catholic services. See Gunter House, Cross Street.

1685: at a public meeting held here, in the reign of William & Mary, there was an enquiry into the setting up of a public market in the village of Pontypool.

The property was first purchased by John ap William Pang of Pen-y-Clawdd from William Lloyd in the early 17th century. 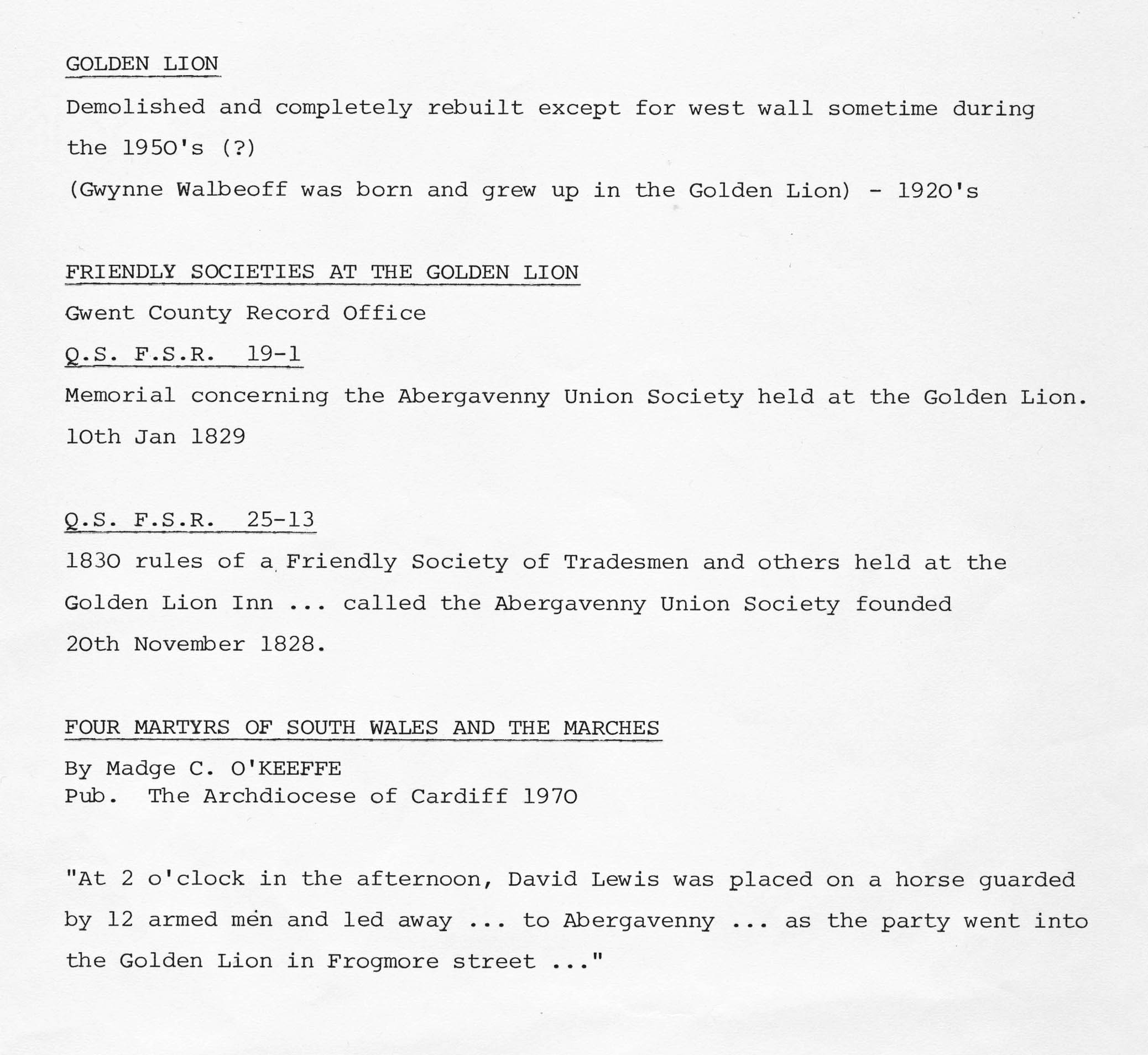