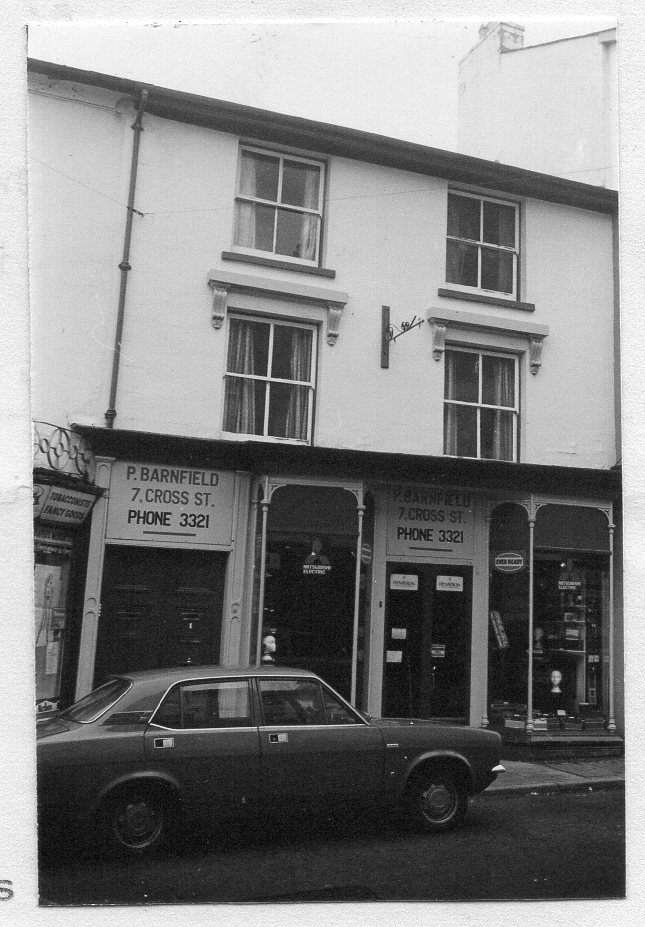 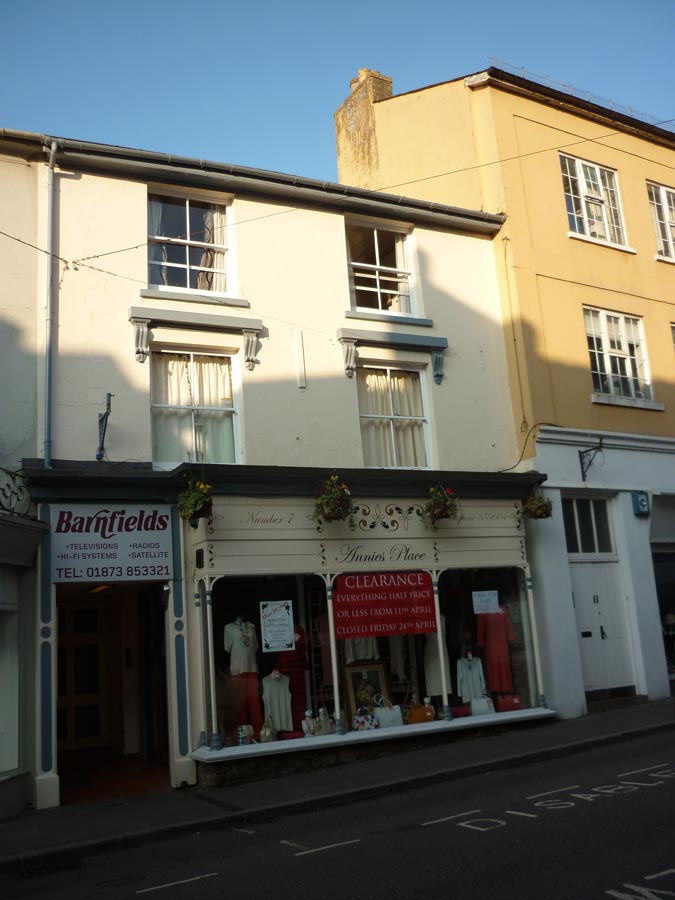 There is a beam in the attic which has moulding on the upper (i.e. unseen, side of the beam.  ?Was it an old ship’s beam (source Mr Barnfield).

The rear part of the premises were two cottages in the early part of 20th century (source : Mr Sadler)

During renovations in 1985, the stone side walls were exposed showing, on the right, a large blocked-up windows and a wide archway leading into the passage between nos. 6 and 7, from what must have been the back of the original house.  However, the house must have been extended over this area before about 1600, as there is a beam with slots for panelling behind the front room and a further panelled wall with a Tudor arched doorway at the back of the shop.   This leads to a further room with a finely moulded oak mullioned window

In the front room, the stone corbelling can be seen for a fireplace on the first floor. The beautifully moulded ceiling beams are supported on iron replacement jetty posts inside the shop window and a further pair of iron pillar replace what must have been very substantial oak posts (as the existing beams do not quite meet each other).

In the cellar, there is a substantial Tudor-shaped arch or bridge spanning the whole room, which supports the stone paved passage running between this house and no. 8 (source : B M Pullen)

(all above sources quoted in Local History Survey of 1980)

Known as Annie’s Place – ladies’ fashions.   This closed due to retirement of the owner in April 2015, having been in the property for 25 years.

Prior to that, at the time of the 1980 Local History survey, owner/occupier was Peter Barnfield, Radio, TV and Hi-Fi Sales and Repairs.   He had been in the property since 1962