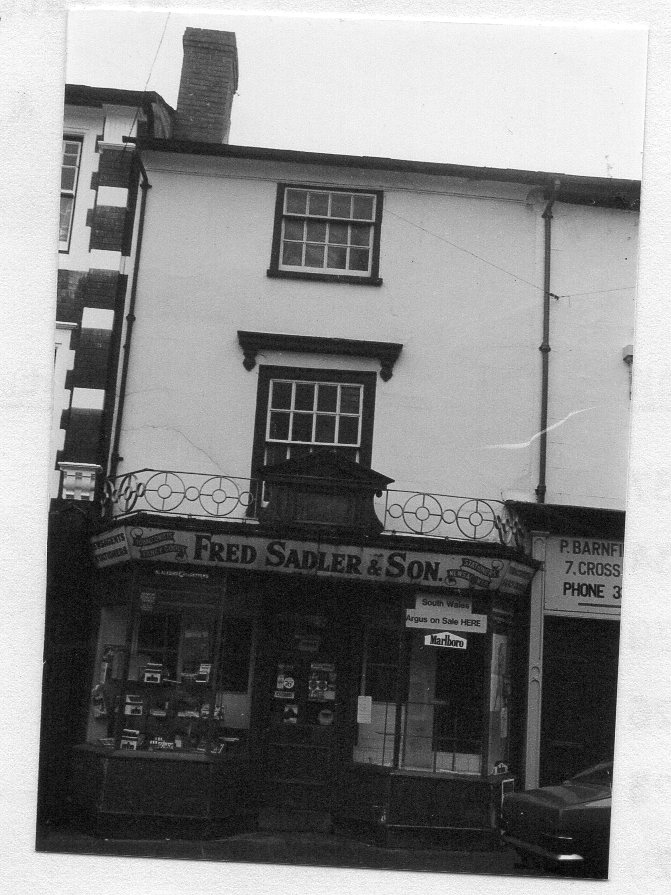 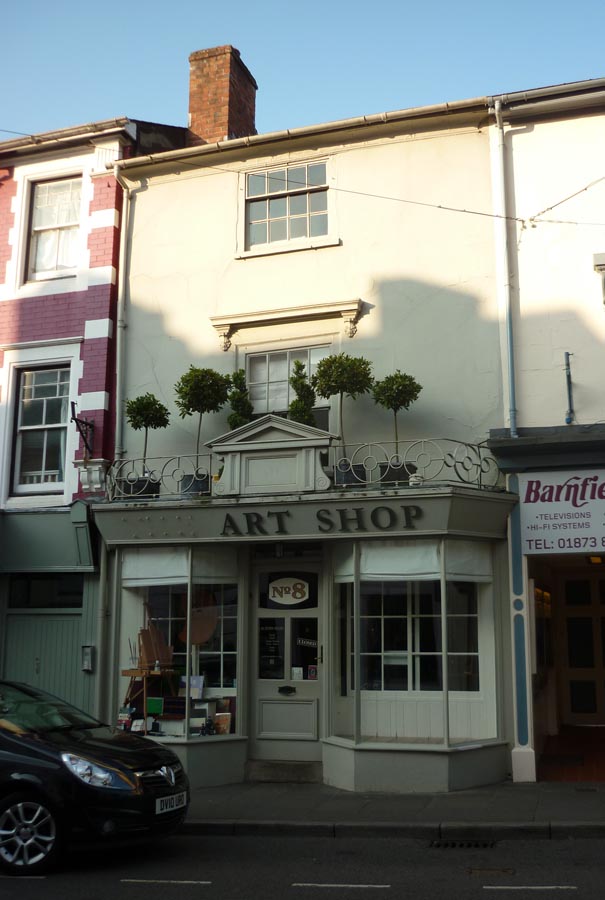 The approximate date of the original building ?1600.  There are 12th century beams in the shop ceiling, possibly originally ships’ beams (source Mr Barnfield, Local History Survey 1980).   Further comments from this original survey include the statement that the beams are certainly very old but the building has been extensively altered and added to.  The ceilings are too high to be 16th century.  There is some finger-moulded plasterwork upstairs, which may be early 19th century.  The floors interlace with those of No. 9 Cross Street.

1848 : owned by John Trotter (who married Anne, niece of John Jones above (see no.52 Cross Street).  Described then as “dwelling house, premises and workshops for some years past, occupied by  James Saunders, seedsman and now in occupation of William Watkins, mercer and draper, who is also in occupation of the house called the “Golden Fleece” opposite”

1875 : Sold by Thomas Seasby Jones & others to Mr Samuel Eames, Tailor of Mardy (occupying no.9 next door from 1862-1891 and which now in occupation of Edward Samuel Davies, Stationer).   It then passed to Samuel Eames’ son, Richard

Also from original survey, statement that R T Smith & Co were parcel carriers for the Great Western Railway, for a few years prior to World War 1.  GWR later absorbed this carrier service into the main Company, and took over many of their employees

Advert in Abergavenny Chronicle in 1984 for “Sadler & Son, Newsagent, haberdasher and art supplies” and similar in 1991. 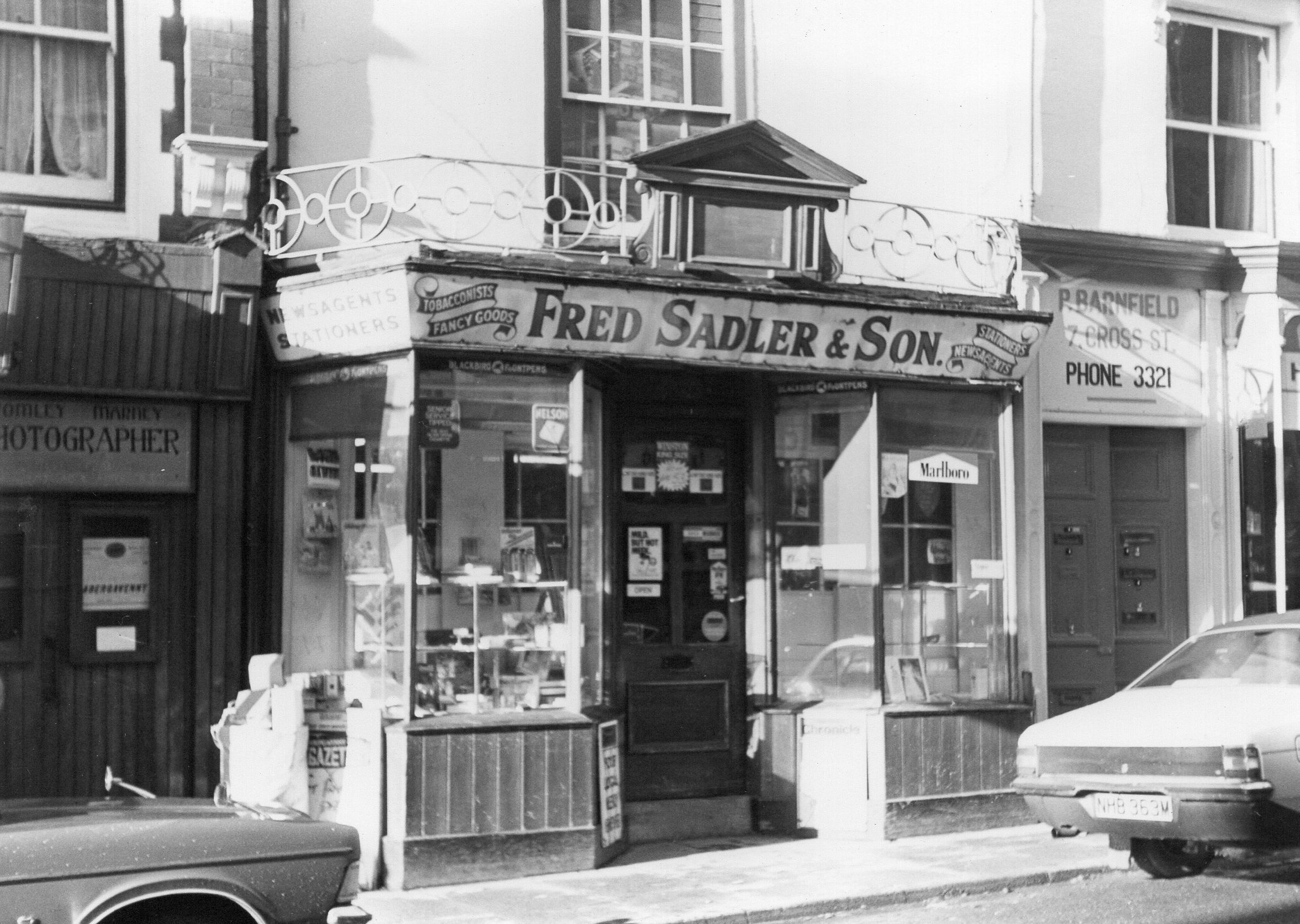