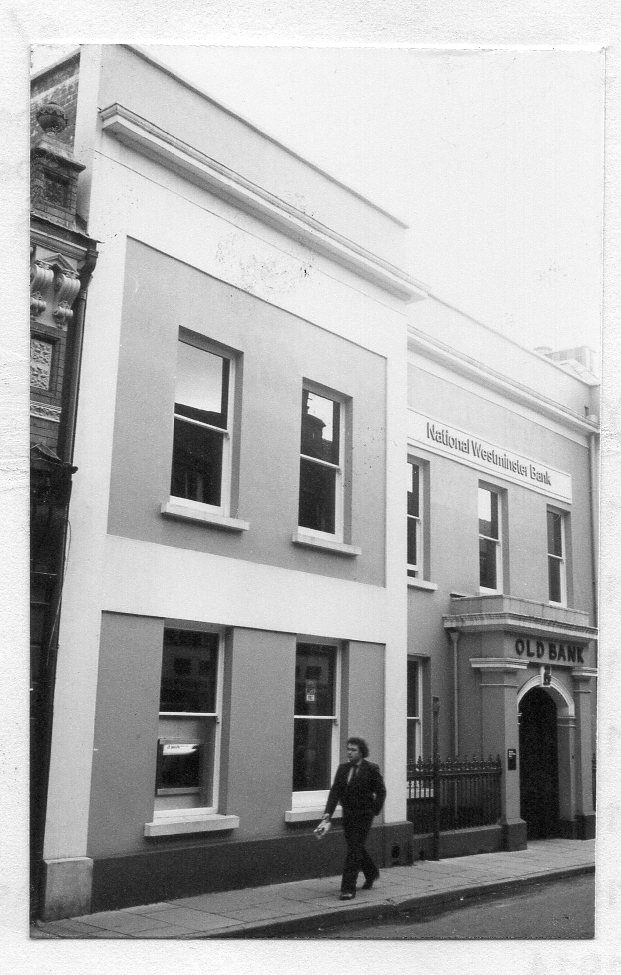 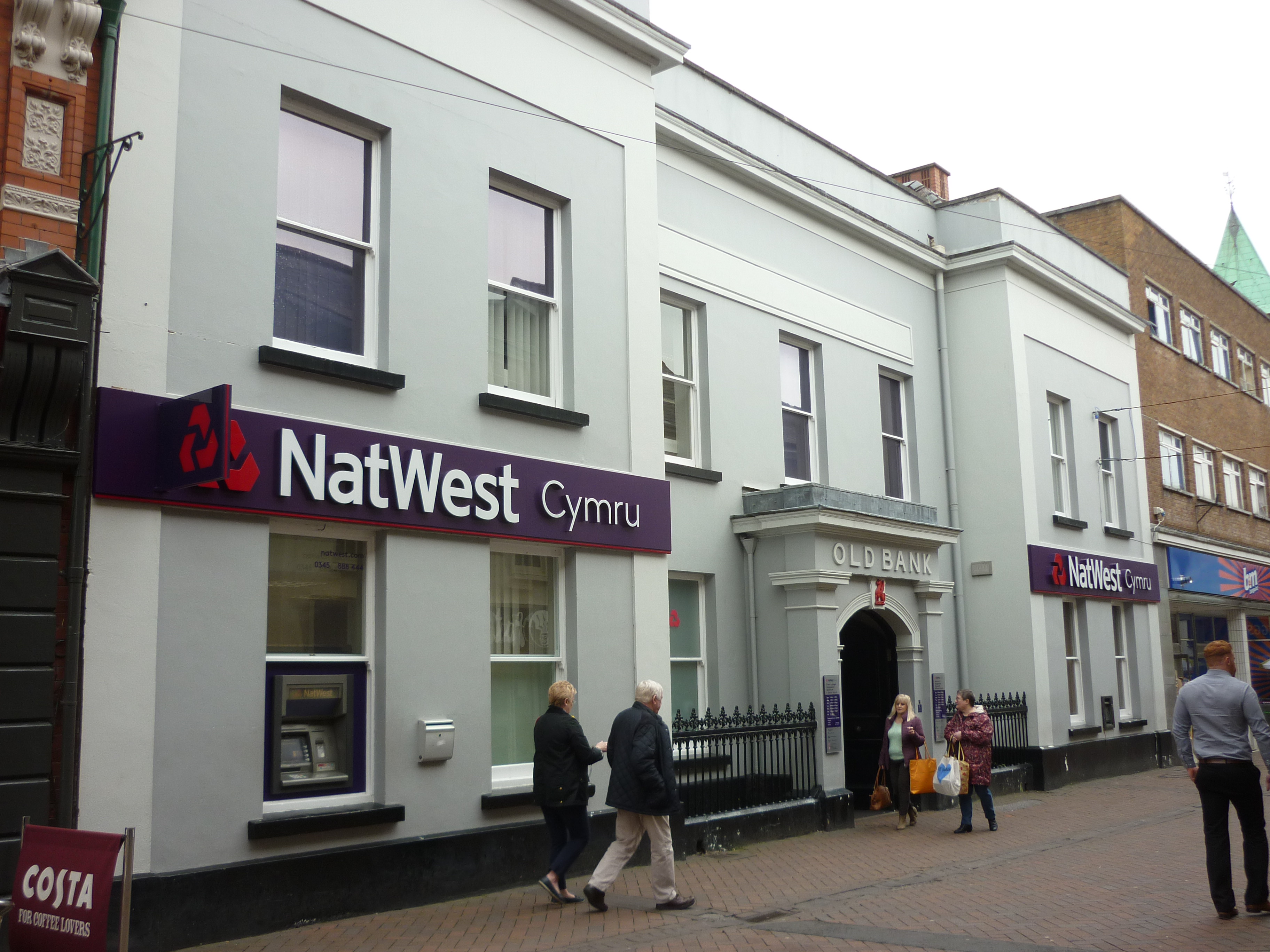 The Welsh Office says early 18th century for the rear elevation, mid 19th century for the frontage but recent renovations have proved that the original house, no. 10, is very much earlier, having an ~”upper cruck construction with timber-framed walls filled with wattle & daub”.  Also it is on a lower level than the rest of the building.  The upper cruck trusses can be seen in a good state of preservation on the 2nd floor

Jan 15th: Bought by National Provincial Bank of England from the Monmouthshire Agricultural and Commercial Bank.(no.9)

The part of the bank that was once No.10 High Street was always used as a residence until after 1937.  The front door has been replaced by a window, below which a foot scraper is still to be seen.  Once incorporated into no. 9, it lost its individual identity.     During the renovations in the 1980s, it could be seen how the Bank developed with no.10 becoming a residence of the manager and a new wing, then the Bank being built in the garden.  These are the two wings projecting at the rear.    Later, the middle was filled in, in two separate stages.  A new frontage was designed to unify the hotch-potch of buildings inside, in which there were several staircases, none of which connected more than two floors

Some of the posts held by the residents of No.10 were :

The first bank in Abergavenny in 1792 was the partnership of Thomas Hill of Stafford, Samuel Hopkins & Lewis Osborne. They were the developers of the Blaenavon Iron works, their bank was at 5 Nevill Street.  By 1810, it was known as the Abergavenny Bank and moved to 10 High Street in 1822, known as Hill, Hill, Osborne & Co, Bankers

1841 : The property was described as a “Capital messuage or mansion house with the lawn and garden there unto belonging ….”

John Wood’s map of 1834 shows the “Old Bank” slightly set back from the road and occupying only the north side of the plot (i.e. no.10) and surrounded by an L-shaped garden.  However, the T Morrice map of 1800 shows a continuous frontage along High Street and the shape of the building at the back is clearly seen