This information is based on the original Abergavenny Local History Society Survey 1980.

Numbers run from the medieval north gate, marked by the Abergavenny Local History Society Blue
Plaque on number 2 Frogmore Street (HSBC Bank) to the junction with St Michael’s Road.
Properties beyond the War Memorial monument, including Frogmore Street chapel, are only partially covered in the survey. Numbers on the west side of the street return from the gardens at the junction of Regent Street southward to the site of the medieval gate again, now no. 70 (The Principality Building Society).

After about 1850, a new part of Brecon Road became the road between the Regent Street and Merthyr Road junctions and Chapel Road. The cut off old road became St Michael’s Road blocked at its end by the new embankment for Brecon Road Station and the Abergavenny to Merthyr Railway opened in September 1862.The railway closed in 1958 and the station is now a doctors’ surgery.

The name “Frogmore” is said to relate to the marshy character of the area. Certainly the Cybi brook, which is culverted behind the properties on the north side of the street has, for many years, caused flooding after heavy rain. A 1980 flood prevention scheme and extraction of water for farming, etc. appears to have cured the problem. In the 17th century Parish Registers, it is called “Rogmore Street”

Today, the street is a thriving shopping area which has been pedestrianised up to the Baker Street junction with a one-way northward flow of traffic for deliveries during restricted hours. The final part of the road fed from Baker Street meets the very busy A40 trunk road at the War Memorial. There are no residential properties though one can still see signs of humbler cottages outside the main route in White Horse Lane and in 54 Frogmore Street.

A pig market which once existed at No.53 Baker Street was a new insert after the mid 19th century. A well was uncovered in the pavement, about 10 metres from the junction between Baker Street and Frogmore Street. About the same time, c. 1960, another well was found about 15 metres from the roadway at no 43. 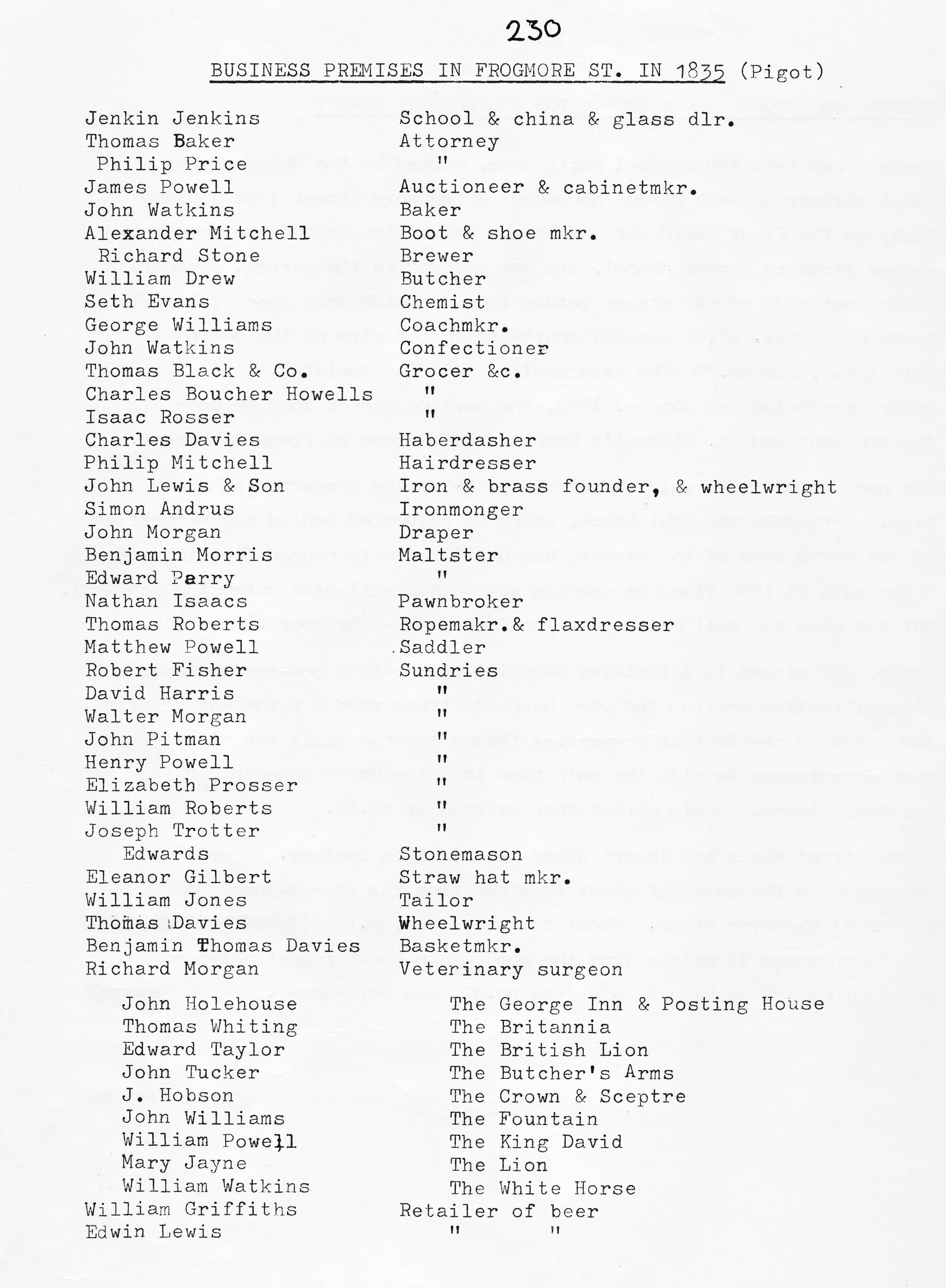