View Records
Nevill Street began when the medieval town wall was built after the first murage grant in 1241 and the land was divided into burgage plots fronting onto the main streets of the town, i.e. Cross Street, High Street, Castle Street and Nevill Street.

Sketch map based on Wood 1843, which shows the hapazard development of the first market site within the heavily outlined triangle.

A map from 1760 shows the poultry market in St John’s Street. There is evidence to suppose that the triangular area enclosed by Nevill Street (Rother Street until the 19th century) High Street and St John’s Lane (Chicken Street on the 1834 map) was the original market of the town. It includes St John’s Church which was probably there before the town wall was built and the Bull, Cow and Vine Tree Inns. Butchers’ Row (now Flannel Street) may also have been part of this complex as areas of cobbling were found by the Vine Tree Inn and in the Flannel Street excavation area (see Monmouthshire Antiquary Vol III pt 2 1972-3 and Discovering Abergavenny by Frank Olding). The haphazard development of this area is typical of later encroachment into a market.

Both for safety when Welsh raids were expected and for marketing, the cattle would be driven in through the Tudor (West) Gate and the Frogmore (North) Gate and their standing place would be the street that runs between them, formerly known as Rother Street (rother being horned cattle). It is now called Nevill Street, after the family name of the Earls of Abergavenny – a bit of 19th century enhancement. Cattle were sold here up to 1795 when they were moved to the wider part of Frogmore Street. The Cattle Market was not in full use until 1862 (Minutes of the Improvement Commissioners).

The north-west side of Nevill Street is the only place where the burgage plots have remained undisturbed. The settlers would have first built small wood and turf huts on the plots, expected to last for one generation only, but by Elizabethan times some of the richer inhabitants were building good half-timbered houses and the remains of these can be seen in numbers 21, 19 and in number 14, which was the town house of the Vaughan family of Tretower. Rother house also has Tudor foundations.

Abergavenny had a spell of prosperity in the middle of the 18th century when the whiteness of the wigs made here was greatly admired. Milk from the goats, who provided the hair, was considered to be good for consumption, starting a tourist trade. The beautiful Adam style front of number 11 was built at this time, as was the plainer Georgian brick house next door, number 7.

Another bout of prosperity was from 1790-1820, when the Blaenavon iron works brought much trade. In 1794, the Improvement Commission was set up to provide a new market hall and tidy up the town, which seems to have got into rather a derelict state. The Commissioners decreed that all overhangs and projections must conform to minimum projections, which required rebuilding the frontages. Nevill Street, first to be cleared, was paved in 1795 and except for the demolitions in the Post Office area in 1968 and previously numbers 2 and 4 in 1935, has remained unchanged. 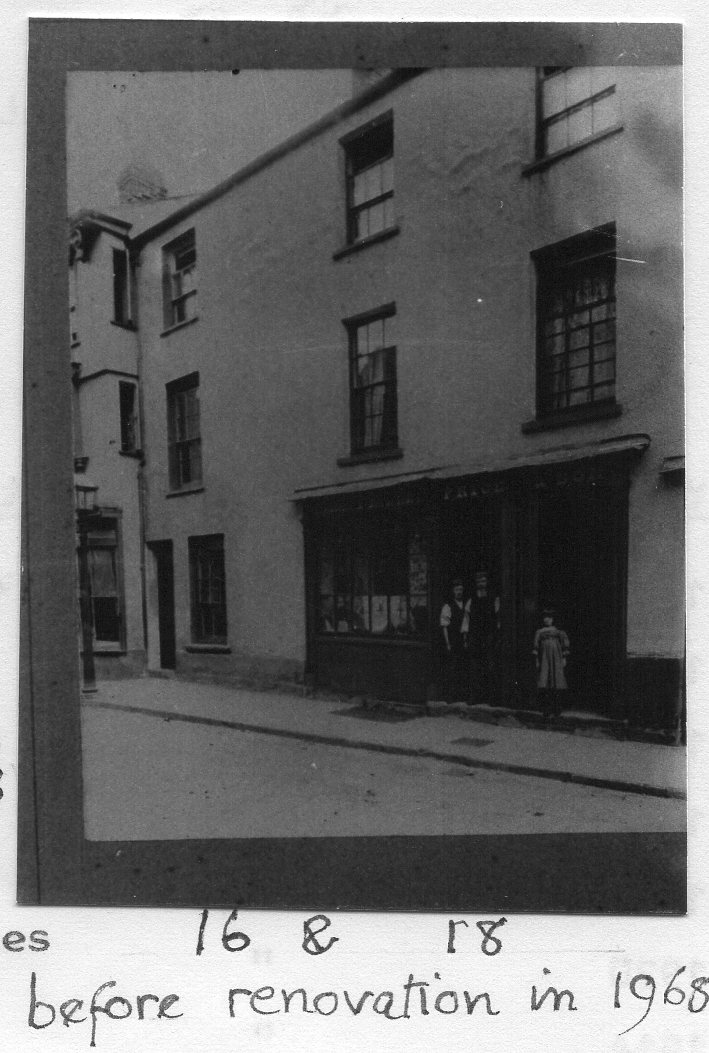 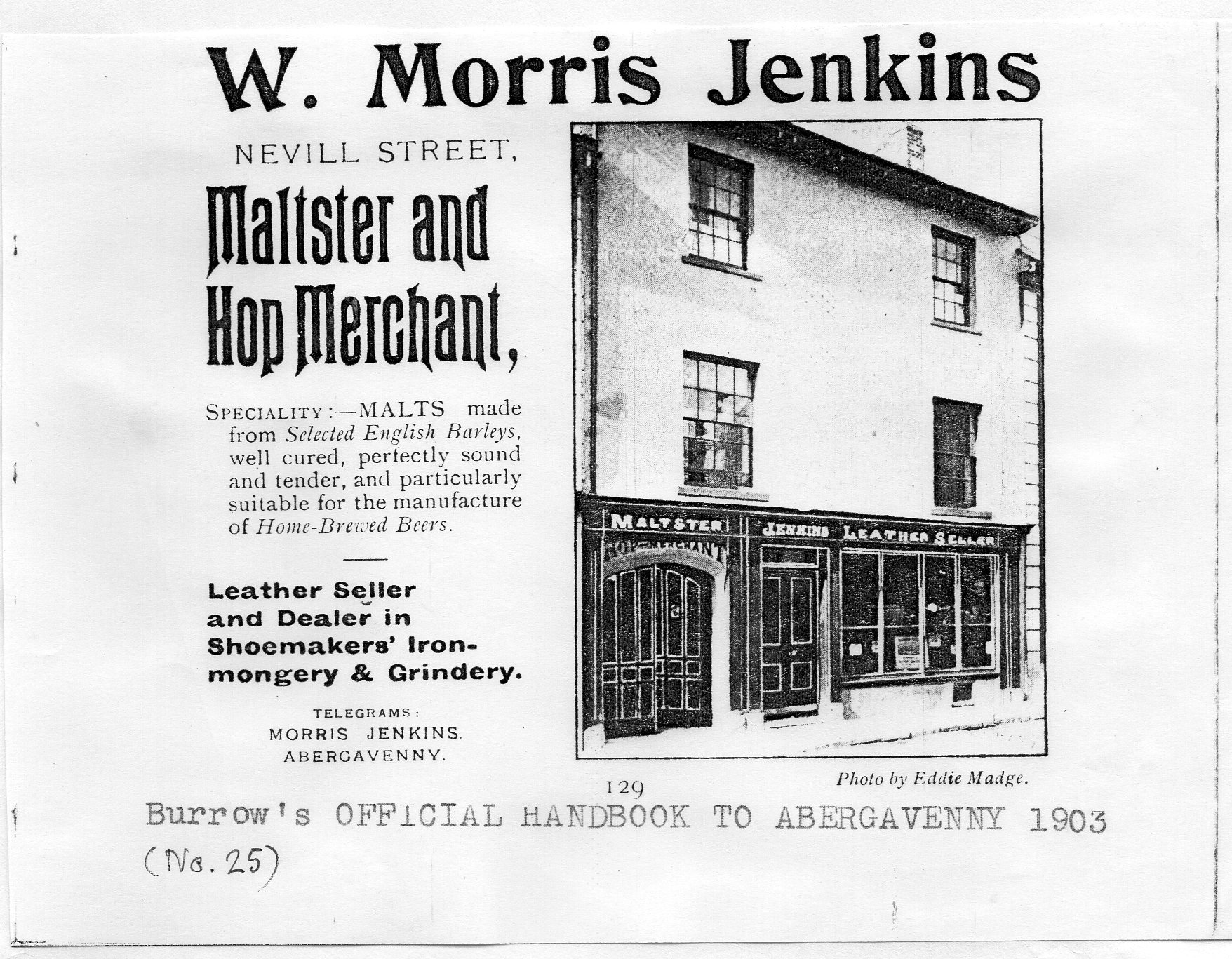 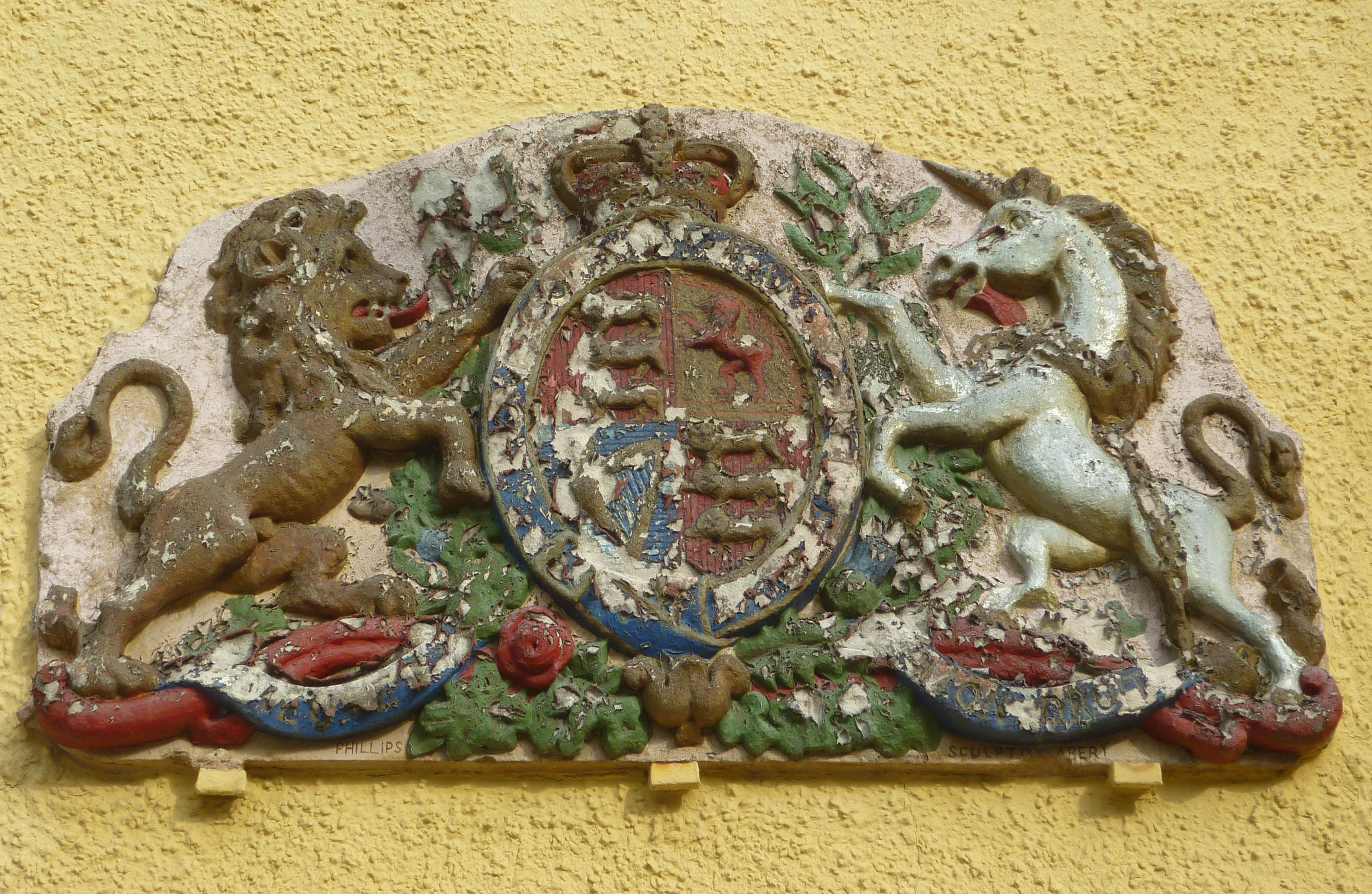