View Records
The street once linked Cross Street (the main thoroughfare of the walled town) to Castle Street. From archaeological evidence this was the area of prehistoric settlement and later in the 11th and 12th centuries, the main street of the Norman town.

In the early 1960s the western end, together with most of Castle Street and Tudor Street, was demolished and the main Post Office was built here. Before rebuilding, the Abergavenny Archaeology Group carried out a rescue excavation. They found pottery and a flint arrow head from the Bronze Age. In the last week of the excavation, the north west gateway and ditch of the Roman Fort of Gobannium were discovered. The line of Flannel Street almost exactly follows the line of the Roman ditch.

In the first volume of the St Mary’s parish registers of 1558 and also in 1650, the street is called Butchers’ Row. In medieval towns streets containing one type of business were common. On the 1800 map the street is named Butchers’ Row and on the 1834 map, Flannel Street. The name Flannel Street comes from a flannel mill which stood on the site of 1 and 2 Cross Street (currently occupied by Boots). Part of one of the looms was in place in the 1960s before the 1970 demolition of the building that housed it, when an extension to Burgess’s ironmongery store was built. When flannel weaving declined in the town, Newtown in North Wales became the new centre and ‘Abergavenny flannel’ of a light weight and fine weave was made there instead. If steps existed from the top of Cross Street, Flannel Street would have been the only vehicular passage into the medieval market triangle bounded by Nevill Street, High Street and St John’s Street. In the 19th century it contained many eating houses, five butchers shops and a slaughter house.

Only the odd numbers 1-7 remain on the north side of the Street, the even numbers were demolished in 1968. 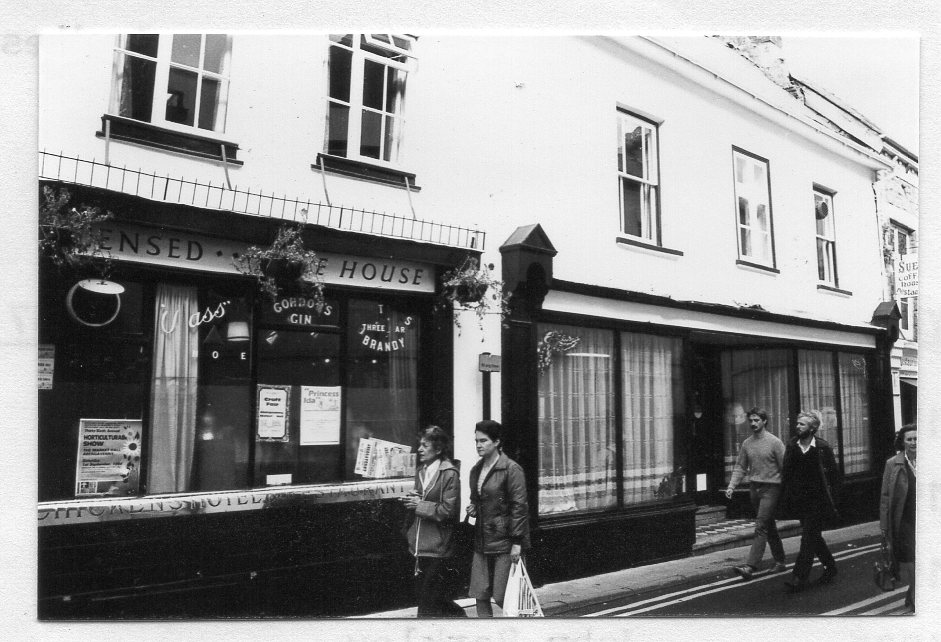 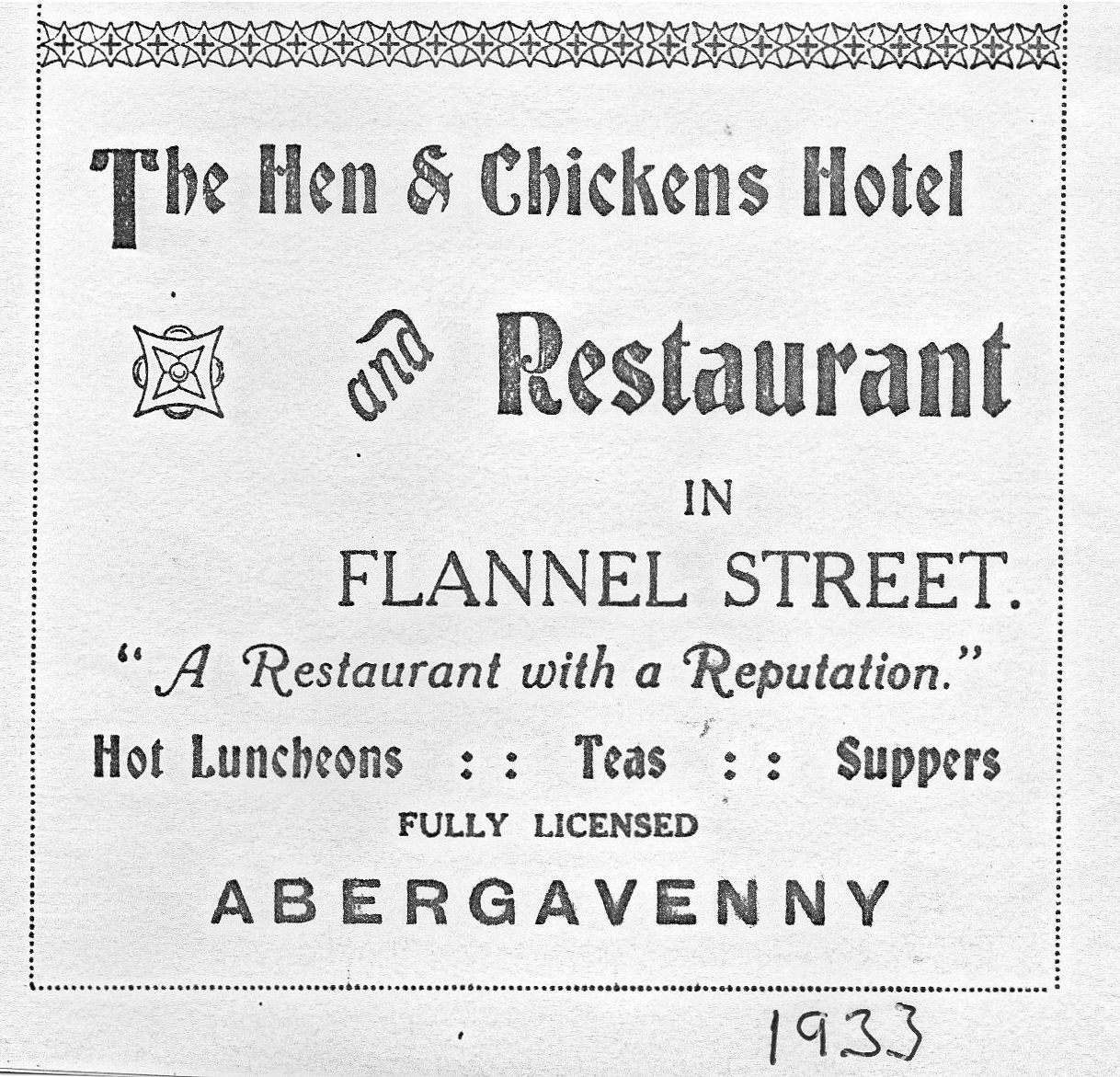