A map from 1760 shows the poultry market in St John’s Street. There is evidence to suppose that the triangular area enclosed by Nevill Street (Rother Street until the 19th century) High Street and St John’s Lane (Chicken Street on the 1834 map) was the original market of the town. It includes St John’s Church which was probably there before the town wall was built and the Bull, Cow and Vine Tree Inns. Butchers’ Row (now Flannel Street) may also have been part of this complex as areas of cobbling were found by the Vine Tree Inn and in the Flannel Street excavation area (see Monmouthshire Antiquary Vol III pt 2 1972-3 and Discovering Abergavenny by Frank Olding). The haphazard development of this area is typical of later encroachment into a market.

House numbering
St John’s Street: number 1-4 only on the south side. 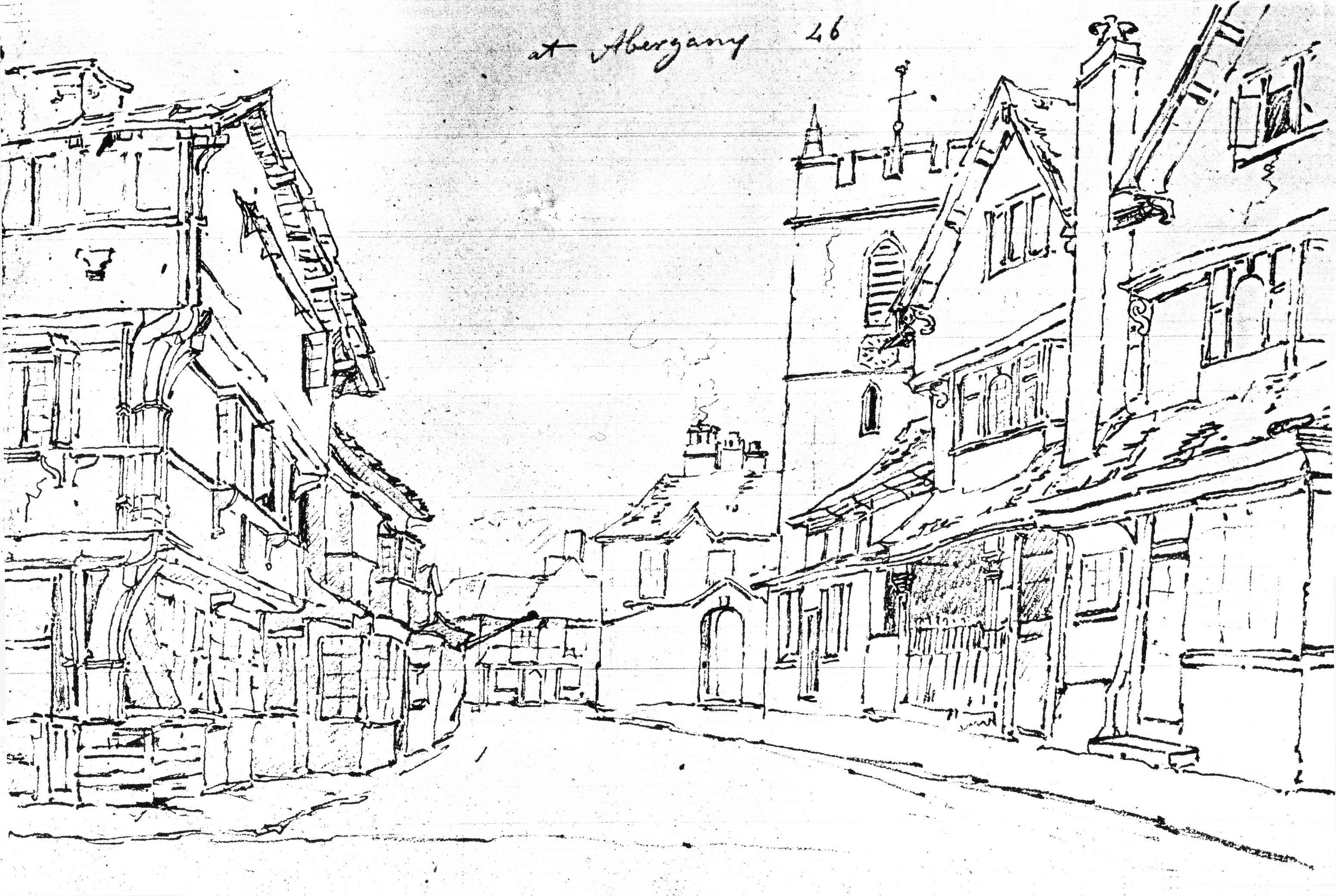 View of St John's from the High Street